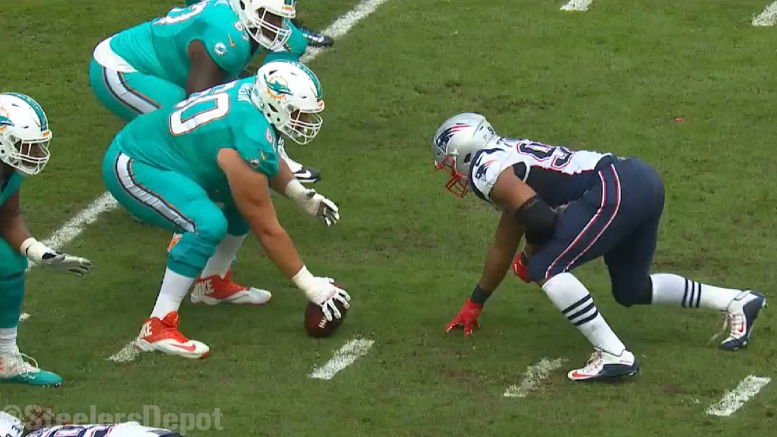 There is a good chance that you missed this from last week, and I will be the first to admit that it is only tangentially relevant to the Pittsburgh Steelers at this point, but it is one that I wanted to talk about, anyway.

Back in 2009, the Steelers traded second- and fourth-round draft picks in exchange for a pair of third-round draft picks. In that third round, they selected wide receiver Mike Wallace and cornerback Keenan Lewis, who actually grew up together. Wallace developed into a Pro Bowler while Lewis took a while but emerged as a starter. Both left in free agency.

The other player is often forgotten about, but not because he never made anything of himself. It was interior lineman Kraig Urbik, who only lasted on season with the team, but subsequently found himself a home with the Buffalo Bills, and then with the Miami Dolphins. After nine years in the league, he recently retired, citing a knee injury that caused him to miss the 2017 season.

From 2010 to 2016, Urbik played in 100 games and started 63 of them. He even made a start or two at center toward the end of his career after Dolphins center Mike Pouncey was injured. While he never developed into a Pro Bowler, he did become a solid contributor and starter.

The problem for him was that Ramon Foster did as well. An undrafted free agent in 2009, the same year that Urbik was drafted, Foster ended up winning out in a head-to-head battle for a roster spot in 2010, after both had been on the 53-man roster the year before for their rookie seasons.

Urbik, however, spent the entire year as a gameday inactive, and was slow to develop initially. As a relatively high draft pick, they were giving him time to mature, but they could not afford to lose Foster after a year. Doug Legursky and do-everything Trai Essex were the other interior-capable players who made the roster.

The Bills claimed Urbik off waivers, however, and developed him into a capable player. He was active for 10 games in 2010 and started two, becoming a full-time starter afterward. For the next three seasons, he would start 42 of 42 games, and started another nine of 16 in 2014 before taking more of a back seat in 2015, starting four games.

The following year, he signed with the Dolphins, and while he was in competition for a starting job, he did not win one outright, but he still managed to start six games that year. He ended up starting against the Steelers in the Wildcard Round that season as well.

Urbik was actually in line to start that season after Ted Larsen suffered a bicep injury, but he went down with a knee injury of his own and was subsequently released with a settlement. He recently announced via social media that he would retire as a result of the injury.

As I said at the top of this article, it’s not particularly relevant to anything going on with the Steelers right now, but I still thought it was a story worth retelling: the story of the other third-round pick from 2009, one of the few higher draft picks who didn’t work out here but had success for another team.