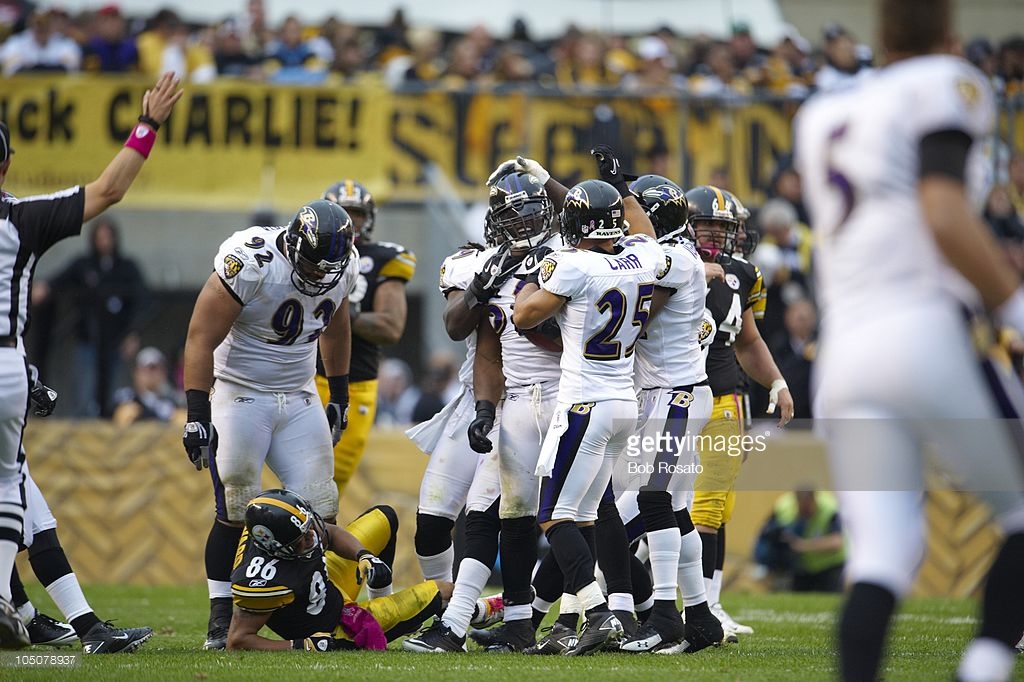 How can you not hate a guy who smiles as he knocks you on your ass? That is who former Pittsburgh Steelers wide receiver Hines Ward was to the Baltimore Ravens for so many years, doing it so long and so well that he got a rule (informally) named after him.

Ravens outside linebacker Terrell Suggs is really the lone defender remaining from the most heated days of the Steelers-Ravens rivalry, and he recalled Ward in particular during a recent profile of the 35-year-old pass rusher by Bleacher Report.

Steelers running back Le’Veon Bell may be concerned about him being painted a villain in his own city, but Ward was definitely the villain in Baltimore. Suggs recalls the genuine hatred that existed in the rivalry between the two teams, even if he has grown to respect both the rivalry and the adversary.

He said that Ward knew he was serious, then then he cracked Bart Scott anyway. And then he went after Suggs himself, only the outside linebacker evaded the block. “I swear to God, if you hit me like that, I’m getting thrown out of the f–king league”, he warned the wide receiver.

For his part, Ward was one of the most disliked players in the league outside of Pittsburgh for a good stretch of time. He was voted as the dirtiest player in the league more than once, which is mind-boggling given the position that he plays.

But that’s part of why Suggs has grown to respect Ward over time. “You’d love a tough motherf–ker like that on your team”, he said. It should be pointed out, of course, that the sorts of blocks that he threw at the time were legal prior to the rule change, which was driven by his jaw-breaking hit on Cincinnati Bengals linebacker Keith Rivers.

Much as Suggs has learned to respect his rivals, I think that many in Pittsburgh have come to respect Suggs over the years as well, and would like to ‘have a guy like him on your team’.

It helps that he has legitimately been an elite player in his career. Posting over 800 tackles with 125.5 career sacks, 34 forced fumbles, and seven interceptions, he may realistically finish his career in the Hall of Fame.

And he’s still producing in his mid-30s, posting 11 sacks with four forced fumbles in 2017. He has made it through two Achilles tears in his career and is still going. A lot of comparisons can be made between himself and James Harrison, yet another player loved in his own city but often hated, though possibly respected, in most others.