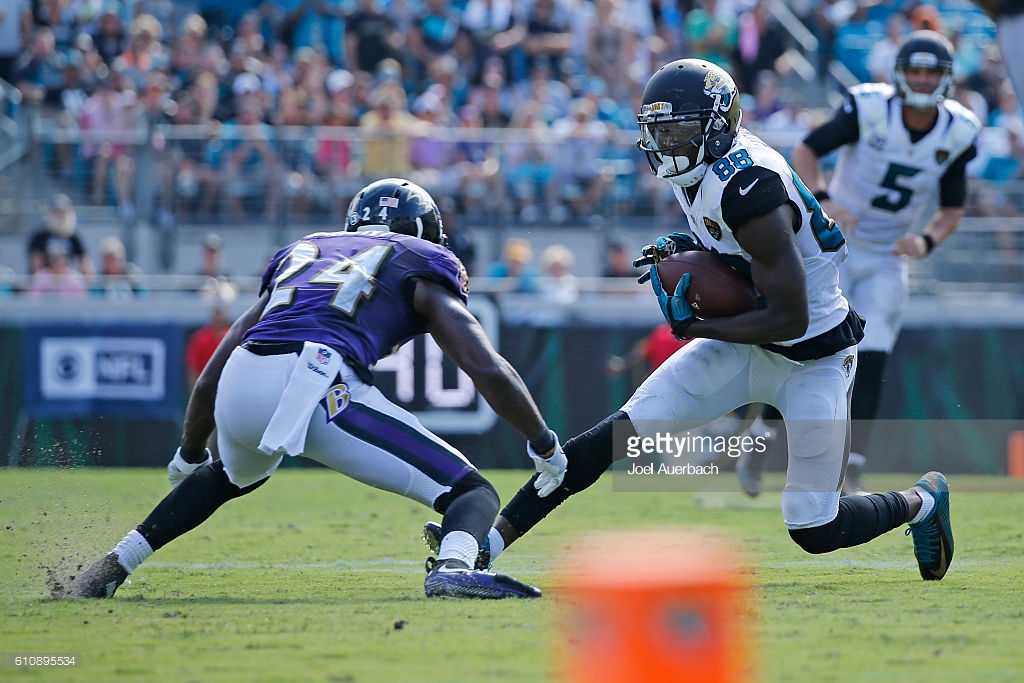 Much has been said about the Baltimore Ravens’ activity during free agency this year at the wide receiver position, and for good reason. The majority of that discussion has surrounded the wide receiver that they did not sign, Ryan Grant, who failed their physical before subsequently passing two other teams’ physicals and signing a deal for substantially less than Baltimore agreed to.

General Manager Ozzie Newsome maintained that the failed physical was a purely medical decision and that they still wanted Grant even after quickly turning around and signing Michael Crabtree, who was released by the Oakland Raiders between the time the Ravens agreed to a contract with Grant and the time he took his physical.

It does appear, however, that they are still interested in adding more wide receivers, having already signed Crabtree and John Brown. Reportedly, they are now interested in Allen Hurns, who was recently released by the Jacksonville Jaguars, and you know, of course, that his being a street free agent makes him all the more tempting to their front office for compensatory pick purposes.

The Ravens have already parted with their top two wide receivers from a year ago, those being Mike Wallace, who just signed with the Philadelphia Eagles, and Jeremy Maclin, whom they released after signing him as a street free agent in the middle of the offseason a year ago.

Even with the additions of Crabtree and Brown, they only have six wide receivers currently on their roster, and that included vaunted names such as Chris Moore and Breshad Perriman. Rounding out that group is DeVier Posey and Tim White, an undrafted free agent that they liked last year before he got injured.

Given this relatively unimpressive assemblage of receivers, it makes sense that they would continue to be interested in adding even more talent to the mix, so a player like Hurns would make sense. But he is not the only one that they have been looking at.

Baltimore has actually taken or planned visits for two restricted free agents. Both of them, however, were originally undrafted free agents and were given original-round tenders, so if they sign offer sheets that their original teams don’t match, Baltimore would not have to give anything up.

Willie Snead of the New Orleans Saints and Cameron Meredith of the Chicago Bears are the names in question and both of them have shown promise in the NFL, but neither were productive in 2017, in Meredith’s case due to injuries, missing the entire season. Snead dropped on the depth chart but averaged about 70 catches for 950 yards and 3.5 touchdowns in his first two seasons.

Hurns is yet another young player who was productive early on but is coming off a down season, and injuries are to blame for him as well. He has missed 11 games in the past two seasons and has totaled fewer than 80 receptions for 1000 yards with five touchdowns in that span. He had a 1000-yard season with 10 touchdowns in 2015.