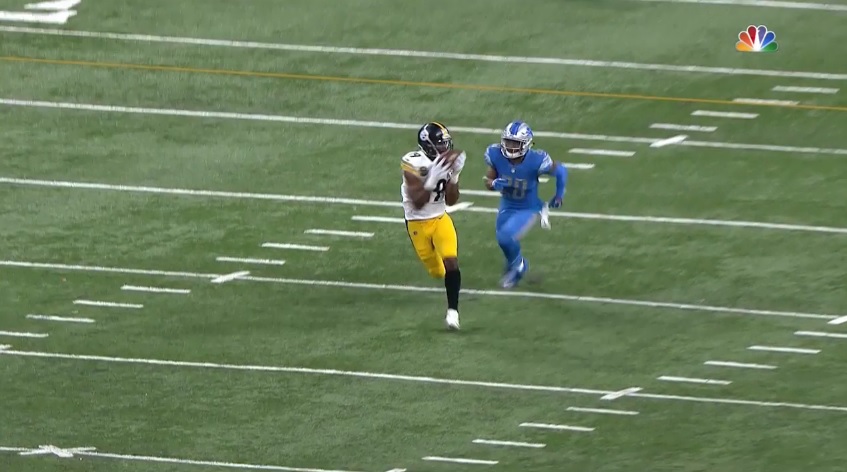 2017 was a great season for the Pittsburgh Steelers group of wide receivers as those 6 players combined to catch 233 passes during the regular season for 3,272 yards and 21 touchdowns. If that’s not enough, the Steelers wide receivers also had a great 2017 season when it came to the very important yards after the catch stat.

Yards after the catch from WRs by team in 2017! pic.twitter.com/3ctuHJ5sKN

Not too far behind Brown was wide receiver JuJu Smith-Schuster, who registered 394 yards after the catch in 2017. Like Brown, Smith-Schuster also missed two games in 2017. It’s worth noting, however, that 166 of Smith-Schuster’s YAC came in the Steelers Week 8 game against the Detroit Lions.

As you can see in the infographic provided by PFF, the Baltimore Ravens finished second to last in the NFL in YAC in 2017 with 403 yards. That was almost just a third of what the Steelers wide receivers registered.