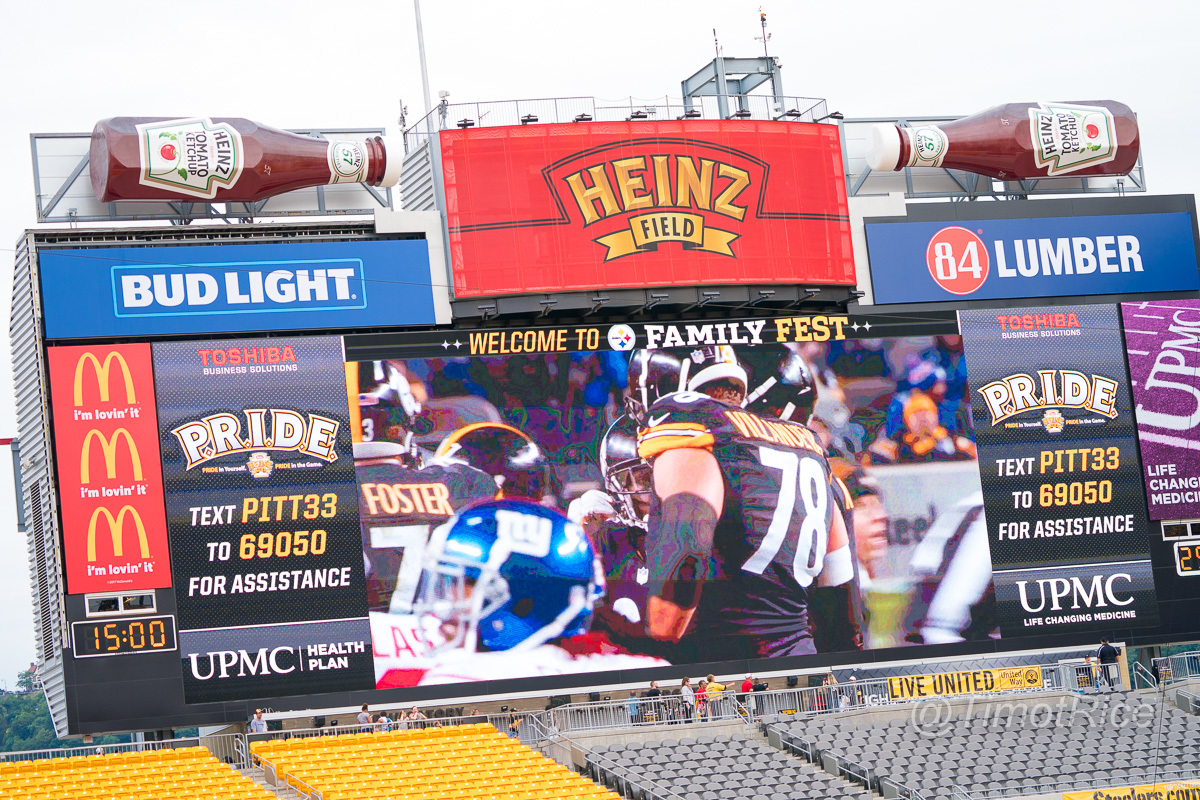 It’s not always the easiest of relationships when you have a landlord, and the Pittsburgh Steelers have one of those. You see, as some of you are probably aware, the Steelers do not actually own Heinz Field, but rather, they are renters of the facility from the Pittsburgh-Allegheny County Sports & Exhibition Authority, or the SEA, which I have mentioned recently.

Over the course of their relationship, not everything has gone smoothly, but things seem to have worked themselves into something of a groove during more recent years. The primary source of tension is always when it comes to who foots the bill for improvements to the stadium, which have already been numerous since it opened in 2001.

As I wrote recently, it was the Steelers who stepped up to the plate to pay for an upgrade to the Bud Light Pub 33 inside the stadium, an expansion that will extend out to the street, and which will cost roughly $2.5 million. The construction is scheduled to be completed in time for the start of the regular season.

“They’re using their own funding”, the executive director of the authority told Bob Bauder of the Pittsburgh Tribune-Review, as I wrote in the previous article. “It isn’t anything that we’re contributing to, and they’re responsible for all the maintenance”.

One source of contention between the two parties previously, however, was over the scheduled installation of a massive new video board inside the stadium, complete with ribbon boards, which was put in place in time for the 2017 season.

The Steelers seem to have footed the bill on that one, but according to the Pittsburgh Post-Gazette, they have now been reimbursed to the tune of $4 million. That does not quite cover the total of what they were seeking, however, as, reportedly, they were looking for a $3 million reimbursement on the video board and only received $1.8 million.

Back in March of last year, things were much different in the relationship between the two sides as tensions mounted. Steelers president Art Rooney II even went so far as to say that that what they had was “not a functioning relationship”.

“I don’t know that there’s a real commitment here from our landlord to do what’s necessary and work with us in a way that’s cooperative”, he told the paper a year ago. “It’s hard for me to explain what the reason is. It’s been something that’s becoming more difficult as the years have gone on in our lease”.

Hopefully this is a sign of a more amicable relationship between the Steelers and the SEA going forward. The Steelers’ vice president of planning and development, Mark Hart, told the paper that “we’re committed to working together”, for example.

“We’re taking things on a case-by-case, project-by-project basis and today we’re happy these projects got approved”, he added. He said that the team will continue to explore whether the remaining $1.2 million is reimbursable.

The SEA’s executive director echoed Hart’s comments about working on a case-by-case basis and said that she believes they have “a good working relationship”.