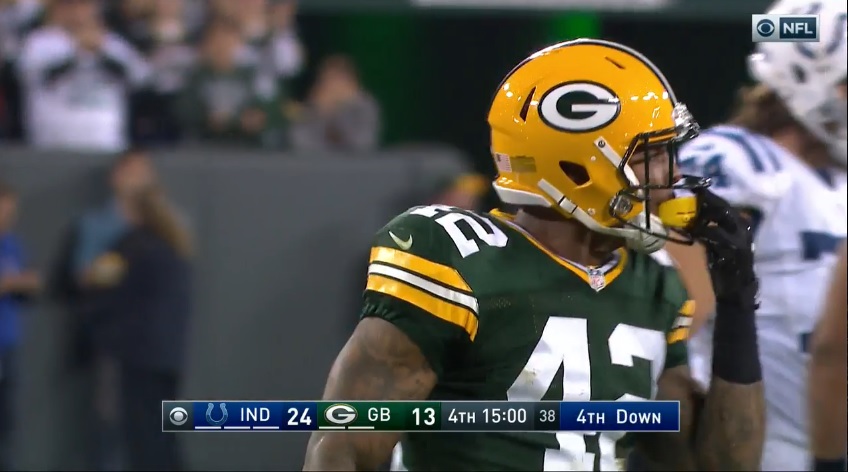 Green Bay and Pittsburgh have their differences. NFC vs AFC. Cheesheads vs Terrible Towels. Fries on the side, fries on the sandwich. One constant they share are strong, stable football organizations with rich history. For Morgan Burnett, choosing Pittsburgh is like another Green Bay East.

Speaking with reporters for the first time after inking a three year contract with the Steelers, Burnett explained why he decided to come to the Burgh.

“The history of Pittsburgh, the tradition. You know about the Rooney family,” Burnett told the media via Steelers.com’s Teresa Varley. “Just the players that are here. They have a tradition of winning. Coming from Green Bay, it was the same tradition.”

From 2010 to 2017, his entire time with the Packers, he made the playoffs every year but this past season, when the team lost Aaron Rodgers for most of the year. They won the NFC North five times and Burnett earned a Super Bowl ring, his Packers beating the Steelers in 2010, though Burnett landed on IR earlier in the season and did not play.

Pittsburgh, of course, has had a similar track record of success. A comparable philosophy, building through the draft, developing and retaining top talent, generally doing things the “right” way. A process Burnett clearly appreciated.

“You talk about the Pittsburgh Steelers, a very proud city, a proud town, and great players,” Burnett continued. “I wanted to be a part of it and try to earn the respect of my teammates and be accountable to my teammates.”

Green Bay appeared to draft his replacement last season, selecting Josh Jones in the second round. Pittsburgh will provide him a better chance to start while still chasing a second Super Bowl ring. Though the team hasn’t commented on it yet, and Burnett gave the boiler plate “come in and work hard” line when asked about his role, he’ll likely open up as the team’s starting strong safety and potential dime defender.