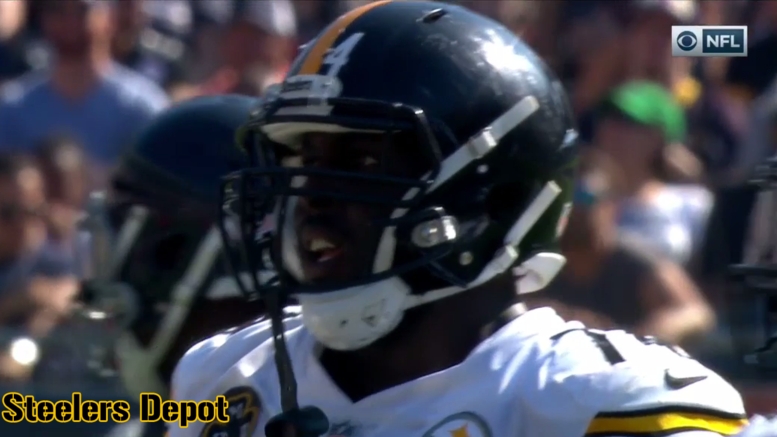 While the Pittsburgh Steelers have yet to sign a free agent in the early hours of the new league year, at least they have already gained some 2019 compensatory draft pick value as day-two gets underway.

Thanks to the Cleveland Browns signing unrestricted free agent tackle Chris Hubbard to a five year, $36.5 million contract on Wednesday, the Steelers now presumably have a fifth-round compensatory value on the ledger for 2019.

Hubbard’s contract is worth examination. According to numbers provided by Aaron Wilson of the Houston Chronicle, Hubbard received just a $4 million signing bonus as part of his new deal. His 2018 base salary of $2.5 million is reportedly fully guaranteed and he’s also set to receive a $2.5 million roster bonus this year. Hubbard’s 2019 base salary of $6.15 million is guaranteed for injury at signing and becomes fully guaranteed on the third day of the league year, which is roughly one full-year from now.

For now, above is all you need to know about Hubbard’s new contract with the Browns and for all practical purposes, it’s one-year, $9 million contract as that’s what he’s set to earn in 2018. Should Hubbard fail to impress in 2018, however, the Browns can cut him before his 2019 base salary guarantees and only incur a dead money charge of $3.2 million.

Last offseason the Steelers had two of their unrestricted free agents sign lucrative contracts with other teams at the beginning of the new league year and those players were linebacker Lawrence Timmons and wide receiver Markus Wheaton. However, both Timmons and Wheaton were cut by the Miami Dolphins and Chicago Bears, respectively, over the course of the last two days.

Will any of the Steelers other 2018 free agents sign deals with other teams in the coming days or months? If any do, it won’t be for big money and thus unlikely to produce any more compensatory pick value. The long list of players who had their previous contracts with the Steelers expire on Wednesday at 4:00 p.m. EST include Hubbard, linebacker Arthur Moats, wide receiver Justin Hunter, defensive tackle Daniel McCullers, running back Stevan Ridley, inside linebacker Sean Spence, wide receiver Eli Rogers, running back Fitzgerald Toussaint, cornerback Greg Ducre and center Mike Matthews.

Assuming no more compensatory value is gained, one decent-sized free agent signing by the Steelers in the next few weeks could cancel out the fifth-round value that Hubbard registered on Wednesday.