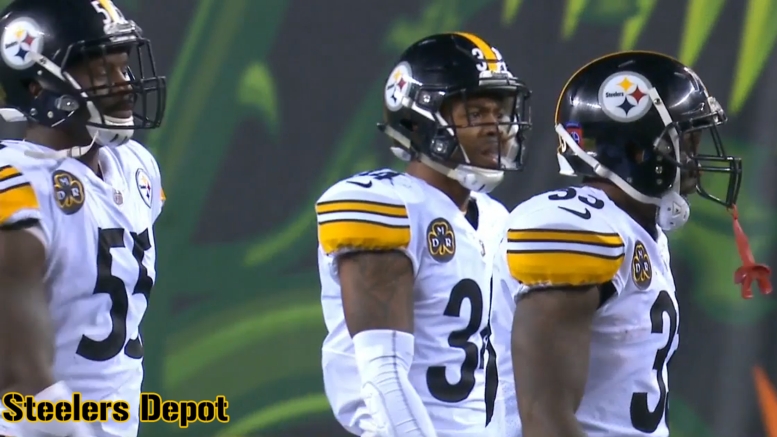 While many fans were holding out hope for a first-round cornerback (I concede that I was one of them, and that I was among those who underestimated T.J. Watt), the Steelers did use a Day Two pick on the position by picking up Cameron Sutton.

As a player whose stock dropped a bit due to injuries in his final season, Sutton is a cornerback who is capable of playing in tight coverage and getting his hands on a lot of footballs. He showed that a bit during the spring and summer, and into the preseason, but his time was derailed by a hamstring injury.

Evidently serious enough to squeeze him onto the injured reserve list, it was not until the second half of the season that the Steelers activated Sutton, but it was not long before he was called into action.

With the injury to Joe Haden that caused him to miss five games, the team turned to Coty Sensabaugh to fill in, but as he struggled, he was benched in the second half of the game against the Bengals, and Sutton filled in for the rest of the game, then starting against the Patriots.

While the rookie did give up a touchdown in the game, opinions about his performance were generally positive, including my own, despite what the title might seem to imply. Late in the year, the team even gave him a bit of work as a dime defender.

That is where he figures to compete for playing time heading into his second season, behind Artie Burns, Joe Haden, and Mike Hilton. It may even cause the Steelers to make extensive use of the package.

Sutton will also continue to contribute on special teams. He added a variety of duties on multiple roles in that phase of the game to his list of activities, which will serve him well and keep the coaches happy.