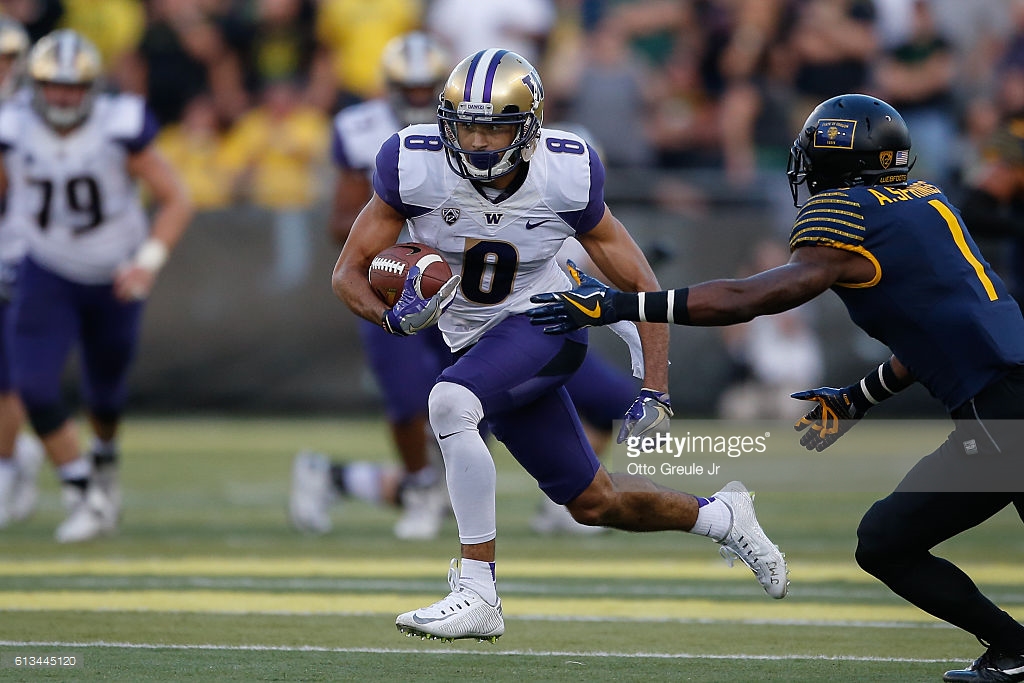 Circling back to some Combine information that came out over the weekend. Washington WR Dante Pettis did not work out at Indy of this past weekend’s Pro Day but we did learn which teams had formal meetings with him at this year’s Combine. And the Pittsburgh Steelers are on that list.

From this NFL.com interview with Pettis, he says Pittsburgh was one of seven teams he had a formal sitdown with.

“Pettis already had at least an informal meeting with every team at the combine and had formal interviews with seven teams, including both of this year’s Super Bowl teams (Eagles, Jaguars, Patriots, Ravens, Saints, Steelers, Texans). Pettis couldn’t help but stand in awe of the company he was keeping.”

An ankle injury hasn’t allowed him to workout at either event. It’s unclear if he, like other players around the country, will try to hold his own workout once he’s healthier later in the month. If the Steelers want to fix their return woes, he’s a great place to start.

He returned a whopping nine punt returns for touchdowns in his career including four as a senior. Last year, he averaged more than 20 yards per punt return. To put that number in perspective, the Steelers as a unit averaged 19.1 yards per kick return in 2017, and that’s including JuJu Smith-Schuster’s 97 yard score in the regular season finale. So Pettis did more damage on punts than Pittsburgh did on kicks. Pettis, for the record, never fielded a kick in college. He also caught 63 passes a year ago and found the end zone seven more times.

We do know the Steelers sent at least one personnel member to the Huskies Pro Day. Maybe he winds up as this year’s Smith-Schuster, the guy who is seemingly barely on the team’s radar but ends up being a surprise Day Two selection.

NFL Draft Scout currently has him pegged as a second to third round pick. We hope to do a scouting report on him in the near future.