It won’t be long until the Pittsburgh Steelers start hosting players for pre-draft visits and as of Sunday evening we now know of at least one safety who will be on the team’s list of 30 players.

According to former Stanford safety Justin Reid on Instagram Sunday afternoon, the Steelers are one of five teams he already has pre-draft visits scheduled with. The other four teams are the Philadelphia Eagles, Carolina Panthers, Seattle Seahawks and Detroit Lions.

Reid, who also met with the Steelers at this year’s scouting combine, is the younger brother of San Francisco 49ers safety Eric Reid, who is currently an unsigned unrestricted free agent. Justin Reid registered a SPARQ score of 134.2 while in Indianapolis and figures to be a late first-round or early second-round draft pick this year.

After his pro day, Reid noted that he’ll have his wisdom teeth taken out and that he’s not looking forward to that happening. 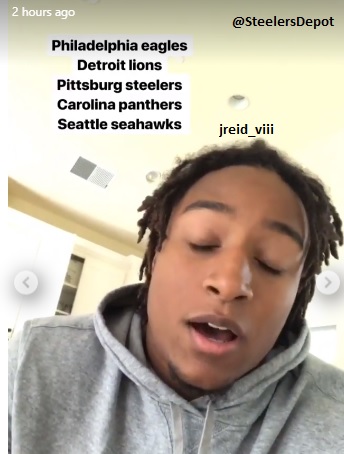