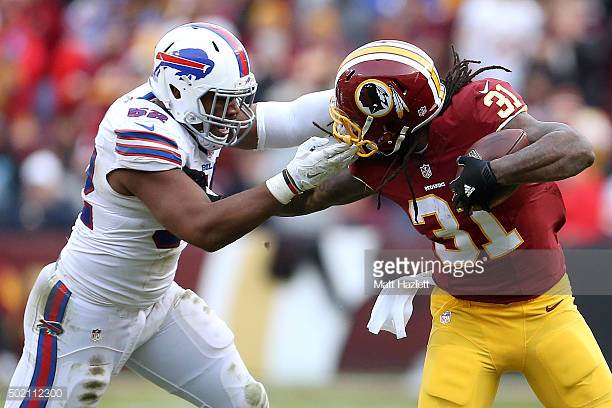 Please sir, may I have some more?

Or in this case, anything. A quiet first day of free agency on the South Side. The only moves the team made was ridding themselves of veterans in the secondary, releasing Mike Mitchell, William Gay, and Robert Golden. The Toys R Us of the secondary. Everything must go.

We also saw the inside linebacker get depleted even more. Buh-bye Demario Davis. Todd Davis is sticking with Denver. The top guys were already off the board, something we covered yesterday.

Today, we’ll just walk through who the heck is left. Not all of these are guys I’d advocate for signing. Just names who, well, are available. We’ll focus on inside linebacker and safety.

Zach Brown/Washington – The biggest “name” still out there. His issue? Money. We already talked about how he wants to get paid like a top three inside linebacker. With Anthony Hitchens getting $9 million per year, Demario Davis $8 million, and even Todd Davis $5 million, I doubt Brown is going to offer any sort of discount. It wouldn’t be impossible for the Steelers to find a way to get it done but is the player worth it? And will another team overpay? Washington reportedly offered him $7.5 million per year before free agency began; Brown’s camp never responded.

Preston Brown/Buffalo – The other Brown. Much cheaper with an overall resume that’s appealing. Hasn’t missed a game in his NFL career and played near 99% of the snaps for the last three seasons. Lots of tackles, a quick athlete with good change of direction skills, and Karl Dunbar was with him for his year with the Bills. But Brown is not a remarkable athlete and not a guy you want to carry tight ends and receivers down the seam. He works best in shallow zone coverage, reading and making plays on the ball. On a short list though, there are much worse options.

He’s a Buck. Team needs a Mack. It’s not buying a sedan when you need a pickup truck. In itself, a sedan isn’t terrible. But it ain’t what you need.

Navorro Bowman/Oakland – Remember loooong ago, when he came out of college, the Steelers brought him in for a pre-draft visit? Once a top-level linebacker, a torn Achilles slowed down his career. He’s bounced back but is he someone you can count on to be the Mack? That’s questionable. Turning 30 in May, his age could scare the Steelers off too.

Lawrence Timmons/Miami – Don’t need to add much here. He knows the team, can bring leadership/communication, but his play is aging like milk. And not a great, or even good, answer for the Mack spot.

Will Compton/Washington – Mike Tomlin spoke highly of him before the 2016 opener. Compton basically lost his job to Zach Brown last year, though started three games when injuries struck. He’s lauded for his communication and has been an every-snap guy, but an awfully limited athlete who has never graded out well. But he’s sorta like Tyler Matakevich…and the team loves him.

Korey Toomer/LA Chargers – The Chargers didn’t use him as an every down guy (to be fair, they have Jatavis Brown) so I didn’t really have him on my radar after a quick look at his tape. But he tested as a fantastic athlete coming out of Idaho, running a 4.53 at his Pro Day and leaping 42 inches in his vert, and has made a couple of plays in coverage. Someone I am going to check out a little more now.

Tyrann Mathieu/Arizona – The name you all know. The Steelers could go after him but he’ll have a heavy market and cost a pretty penny. Odds are he’ll be out of their price range.

Tre Boston/LA Chargers – The other name you all know. Haven’t heard a peep about his market today. It’s weird a player who has been productive keeps bouncing around the league and doesn’t have many teams pounding the table for him initially. But maybe that’s a good thing when it comes to his price tag.

Eric Reid/San Francisco – If the Steelers truly want to move Sean Davis to free safety, then more possibilities are open for Pittsburgh. Reid got stuck at linebacker last season. Could the team sign him and then draft his younger brother?

Kenny Vaccaro/New Orleans – Injuries had the Saints move on from him. But he has made some plays on the ball, picking off three passes in 12 games in 2017.

Michael Thomas/Miami – Guy I talked about in my wishlist. Core special teamer, more important now that Golden is gone, who could carve out a role in sub-packages. Thinking he’ll come cheap.

Ron Parker/Kansas City – Versatile player with nine interceptions over the last five seasons. Unfortunately, he’s on the wrong side of 30, a bad omen for Steelers free agents. But I’ve always liked his game.

Reggie Nelson/Oakland – Nelson is much, much older than what the Steelers target but hey, if they’re desperate, who knows. Everyone knows how good he was in Cincinnati although last season was a rough one in Oakland. For a one year, bridge type player? Anything is possible.