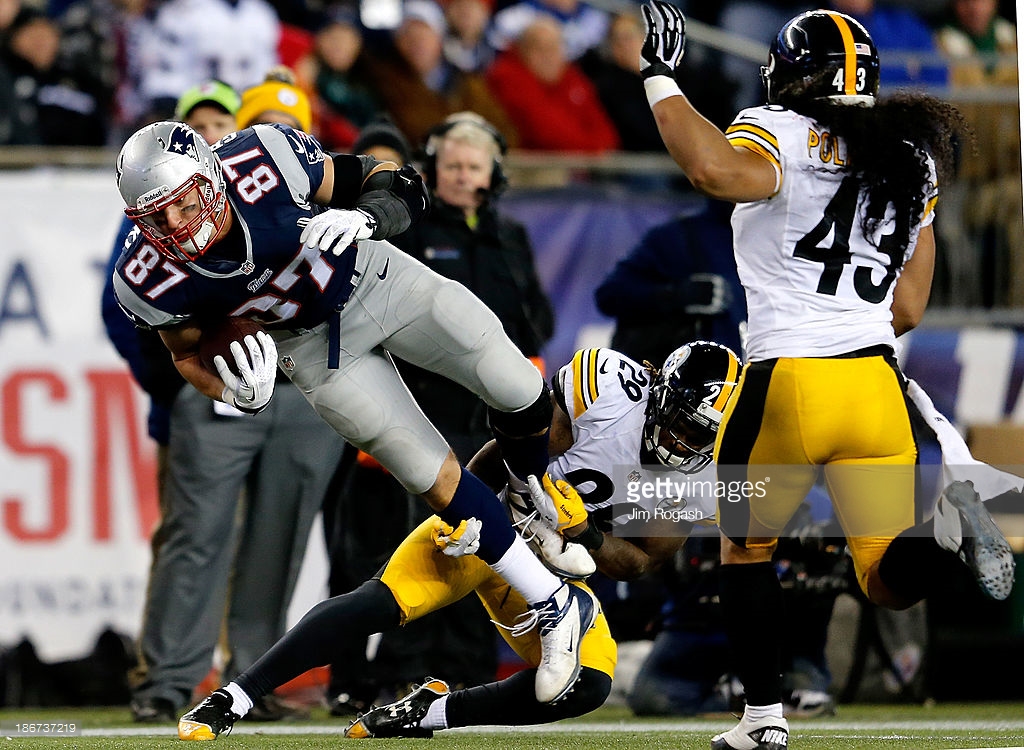 As I mentioned yesterday, the 2012 season was really the beginning of a multi-year decline in the performance of the secondary for the Pittsburgh Steelers, precipitated primarily by the aging of their three stalwart players of the era, cornerback Ike Taylor and safeties Troy Polamalu and Ryan Clark.

That process accelerated in 2013, in spite of the fact that those three players were pretty healthy throughout the year, which was not the case in 2012. All three of them, in fact, started all 16 games. None of them did that in the year prior.

At we did yesterday, we’ll start by taking a look at what the secondary looked like entering the season. Aside from the three primary veterans, last year’s nickel cornerback, Cortez Allen, replaced Keenan Lewis after he signed with his hometown Saints in free agency. William Gay was brought back after one year in Arizona to serve as the nickel back.

While there were some bumps along the way, this is actually the same lineup that ended up finishing the season.

But that wasn’t the lineup that saw most of the playing time that season. Allen had a cleanup procedure done on his knee during training camp. He suffered what was reported as a left ankle injury in the season opener that year. He would miss the next two games and didn’t full return to the starting lineup until the end of the year.

Gay proved to be an important re-signing, considering Allen’s struggle with injuries during the year. Complicating matters was the season-ending injury to Larry Foote in that opener, which resulted in the team resorting to using their dime package as their base defense. Polamalu was used as a dime linebacker most of the time in this package, and it resulted in him having a career-high five forced fumbles.

That meant a big role for fourth-round rookie Shamarko Thomas early on in the season as a slot defender and in-the-box presence, and this would prove to be the highlight of his career. However, after he suffered an ankle injury against the Patriots in the middle of the season, he was replaced by Will Allen, who was brought back midseason after he left in free agency for Dallas, but was cut.

Between the two of them, they were on the field for nearly half of the team’s defensive snaps all year, and the team’s run defense suffered because of the frequent usage of six defensive backs. The frequent moving parts also led to increased big players being allowed in the secondary.

Once again, Cortez Allen had a late-season surge that sparked optimism for the future, including a pick-six against the Packers in a win, which helped lead to his signing a four-year extension after the season. While he had two interceptions that year, Clark was clearly at the end of the road, and it would be his last season in Pittsburgh. Mike Mitchell was signed to replace him, and he had for the past four seasons until he was released earlier this month.

As for Taylor, despite being healthy again, he had a rough season, but would actually bounce back a bit in 2014, though that would be the last year for both himself and Polamalu. Which would have been fine, if only the Steelers had acquired adequate replacement parts in time.