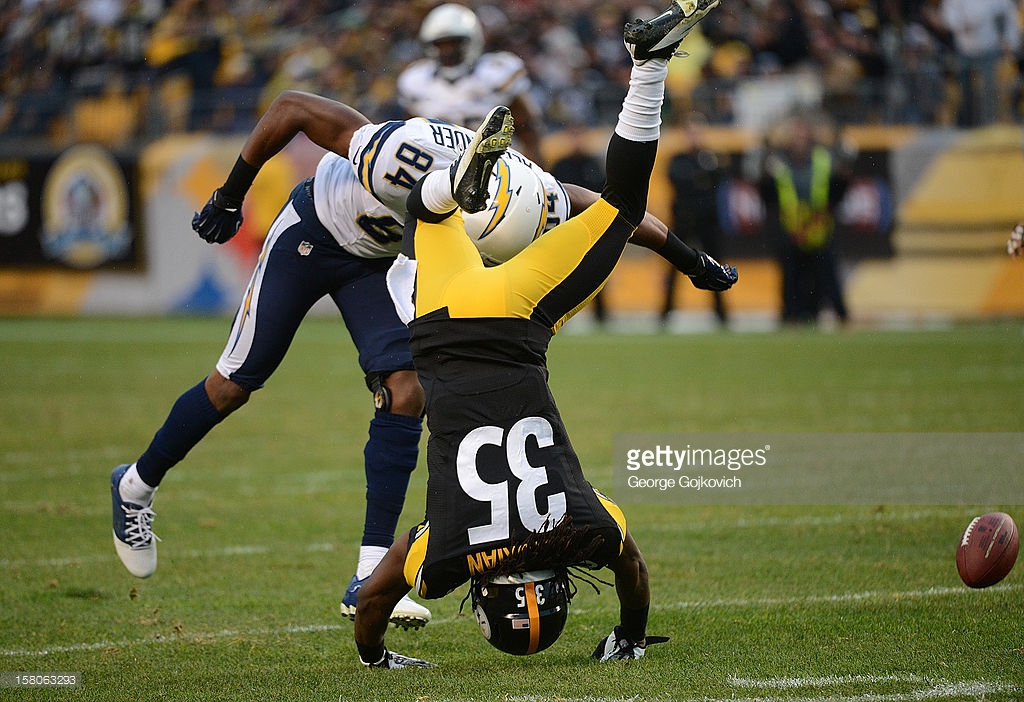 A couple of days ago, I put up an article looking back at the past four seasons in the secondary for the Pittsburgh Steelers, as I wanted to highlight just how much was changing not just from season to season, but within seasons. Mike Mitchell was the only stable presence with a stable role throughout that time.

But the broader point is this: the Steelers haven’t had stability, either in performance or in personnel, in some time. the 2017 season may have been the start of something, but in the following study, I hope to show how long road it’s been, using the 2012 season as my starting point, when the secondary began to decline.

First, let’s take a look at what the secondary looked like entering the season. Troy Polamalu, Ryan Clark, and Ike Taylor remained present. After a year of cutting his teeth in the nickel, Keenan Lewis had his one season as a starter in Pittsburgh, while Cortez Allen, in his second season, moved into the slot.

It was an injury-plagued season for Polamalu, who suffered a calf strain in the season opener that affected him throughout the year. He missed the next two games before trying to return after the bye week, but reaggravated the injury when he tried to return, missing the next six games.

In his place, the Steelers first looked at Ryan Mundy, who actually started the season opener in place of Clark because they were in Denver, and Clark nearly died once playing at that altitude because of his Sickle Cell condition.

Mundy started the next couple of games but struggled and ended up being replaced by Will Allen, who ended up parlaying that solid performance into a chance at a starting job in Dallas for the 2013 season. The veteran filled in admirably, but did not offer the difference-making ability that only Polamalu could bring.

While Lewis had a career year for himself, fending off Allen while playing through injuries, Taylor suffered the first real injury of his career, which resulted in him missing the final four games of the season with an ankle injury.

That gave Cortez Allen the opportunity to start, and he impressed in the final few games of the season with a flurry of turnovers, recording two interceptions against the Cincinnati Bengals and forcing a fumble on top of it.

No doubt in part because of that showing, the Steelers were comfortable in letting Lewis walk in free agency, believing that Allen would become a long-term starter. That did not quite work out.

The secondary got so bad at one point that season that Josh Victorian started a game against Dallas when Allen was injured while Taylor was already out. Victorian, an undrafted free agent, played all up one or two snaps, while another undrafted rookie, Robert Golden, rotated in the slot. Tony Romo exploited this ill-fated pairing, leading to a Steelers loss that played a big role in their missing the postseason.

You might have noticed Curtis Brown‘s name up there. The 2011 third-round draft pick was given a chance to play after Taylor was injured. His most extensive playing time came against the San Diego Chargers, but he struggled so much that the team turned to Victorian and Golden.