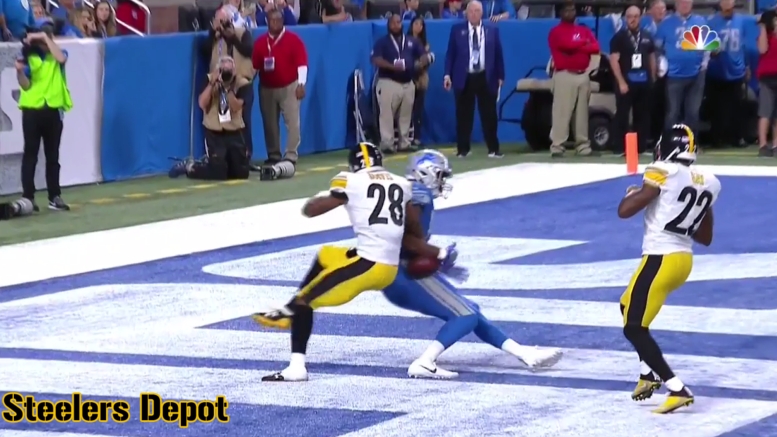 Now that the Pittsburgh Steelers have managed to fill their two gaping holes on their roster by finding potential starting candidates for the inside linebacker and safety spots, one of the most important questions of the offseason for the 2018 season is coming into focus, and that is where Sean Davis is going to play.

One of the main qualities that the team originally found attractive in the Maryland safety is that he offered above-average athleticism and flexibility, as exhibited by the fact that he spent much of his final two seasons in college playing at cornerback due to injuries on his school’s roster.

In fact, he opened up his rookie season finding a spot in the starting lineup because the cornerback that they projected to open in the slot, Senquez Golson, suffered a foot injury that ultimately landed him on injured reserve.

Davis spent the first few games of his rookie season used as the team’s slot defender, but after suffering a shoulder injury, he was shelved, a move made possible by the development of their first-round pick, Artie Burns, who was able to take over the nickel role, pushing William Gay into the slot.

But the young defensive back resurfaced midseason as the coaching staff actively scaled back his assignments to allow him to focus on safety, and by the other side of the bye week, he was rotating with Robert Golden at strong safety, and would take over the starting role full-time after two games.

He has been in that role since, but with the signing of Morgan Burnett, who profiles better as a strong safety, in the estimation of many, there is substantial speculation that the team will move the third-year player over to free safety.

The idea that the Steelers could move Davis from strong safety to free was something that Gerry Dulac of the Pittsburgh Post-Gazette relayed earlier this offseason, noting that it was a possible consideration depending upon how the rest of the offseason goes.

The addition of Burnett would suggest that the option of moving Davis is now in play, though of course there is still plenty of the offseason left to figure out just how things will work out. There is still the draft yet, and it’s possible that that a rookie safety may end up with a starting job over either one of those two veterans, with the other player coming on in sub-packages.

The argument has been put forth that the distinction between strong and free safety is largely insignificant with the way that many teams play on defense. Burnett even said during his time in front of the media after signing with Pittsburgh that that’s how it was in Green Bay under Dom Capers.

But there are some differences, at a minimum, and moving Davis to free safety would mean proposing the have him learn a new role for the third time in his three-year career. Some are skeptical if he even has the skill set appropriate to take advantage of the free safety position, though he led the team with three interceptions in 2017.