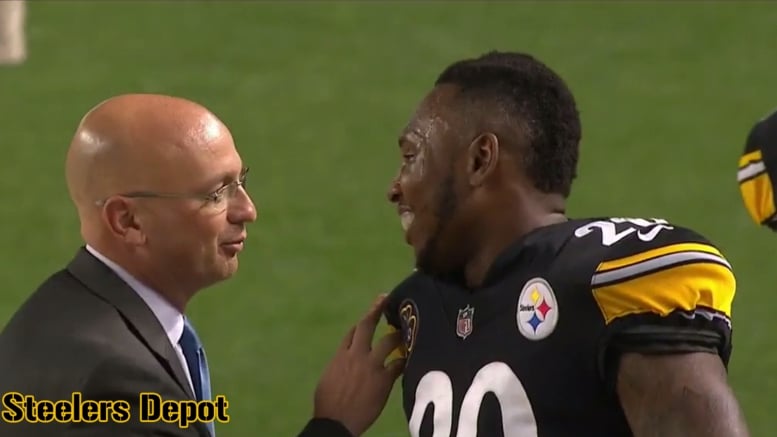 The Pittsburgh Steelers are in search of safety depth—perhaps not desperate search quite yet—but we can’t rule out the possibility that they search might take them back from where they started. I’m not talking about Mike Mitchell, though that is a possibility, but I do find myself wondering if the team is interested in bringing back Robert Golden.

At a cap hit that was approaching $2 million, and I believe a base salary in the ballpark of $1.5 million, it’s easy to think that he ended up pricing himself out of Pittsburgh, but if he would be willing to return at a veteran-minimum salary, it would make a lot of sense, if not simply for the value that he plays on special teams, as Alex Kozora talked about yesterday.

Entering the 2016 offseason, Golden was coming off a season in which he was given the opportunity to get extensive playing time because of an injury that Will Allen suffered. He started three full games and played most of a fourth as a result of that.

Opinions of him were pretty high at that point—as much as that might seem hard to recall at the moment, given how his reputation among the fanbase has sunk—and some expected him to receive a decent contract on the open market.

Instead, he re-signed with the Steelers before the market opened. It might have even come before the three-day tampering window opened. He signed a three-year deal that was worth just a hair under $5 million in total, and he entered the 2016 season projected as the starter at strong safety next to Mitchell.

He did end up starting the season, but not without incident. He avoided a big injury scare in training camp, but it caused him to miss time, and then he was injured during the regular season, resulting in him missing two games.

By the team the team hit the bye week after nine games, rookie Sean Davis was being rotated into the mix. Golden still started for the next two games, but Davis played the majority of the snaps, and then took over the starting job after that.

That just left Golden with scraps, seeing some time in obvious passing situations in the dime defense, drawing some assignments that did him no favors, like attempting to cover the best tight end in NFL history, Rob Gronkowski, which continues to be one of the defining moments of his career for most who view him.

Golden may not have been worth what his salary was on the books to the Steelers—I would argue J.J. Wilcox is even less valuable relative to his salary—but I can’t imagine the team not being interested in revisiting him on a veteran-minimum deal to let him compete for a roster spot, should he find no more favorable offers.