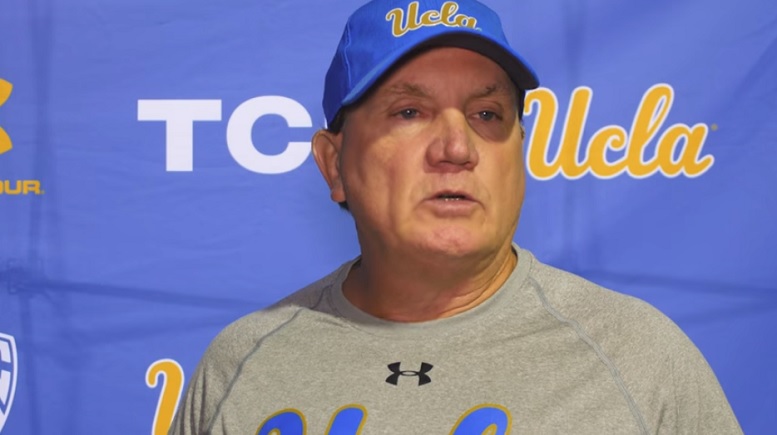 For the first time since 2011 the Pittsburgh Steelers have a new defensive backs coach and much like their former one, Carnell Lake, their new one, Tom Bradley, doesn’t have any previous experience when it comes to coaching at the NFL level. Even so, it doesn’t seem to bother Steelers head coach Mike Tomlin that Bradley, who was previously the defensive coordinator at UCLA for three seasons, doesn’t have any previous NFL coaching experience on his resume.

“I love the fact he has no professional coaching experience,” Tomlin said Monday at the annual league meetings in Orlando, FL, according to Gerry Dulac of the Pittsburgh Post-Gazette. “I wanted a teacher, a guy with a teacher’s mentality. We got a lot of young people in the secondary, and the development of those people is critical for us. The fact he doesn’t have NFL experience isn’t a negative for me. Quite the opposite.”

The Steelers indeed currently have some young people in their secondary and that includes former draft picks, cornerbacks Artie Burns, Cameron Sutton and Brian Allen and safety Sean Davis. Additionally, there’s a good chance that at least one of the Steelers draft picks this year will be a defensive back and more than likely it will be another safety if just one is selected.

Bradley, who many constantly describe as being a stickler for details and a good teacher when it comes to his coaching style, has spent his entire coaching career at the collegiate level and that includes him spending one season at West Virginia and the previous 33 years at Penn State, where he coached under Joe Paterno.

“There are unintended benefits from hiring a guy with his expertise,” Tomlin said Monday of Bradley, according to Dulac. “Some of the issues that are prevalent in college, whether [run-pass options] or the spread, he’s dealt with first-hand.”

Bradley takes over a defensive backs group that gave up far too many double explosive plays last season of which several resulted in touchdowns. Two existing players in that group, Burns and Davis, have also had their share of tackling issues and missed assignments so far in their first two seasons in the NFL. Davis, by the way, is also likely to see more time at free safety in his third season thanks to the Steelers releasing veteran safety Mike Mitchell a few weeks ago and them signing veteran free agent safety Morgan Burnett, who is best suited to play near the line of scrimmage, just last week.

It will be interesting to see how quickly Bradley’s coaching abilities is able to impact the Steelers defensive back group moving forward but it’s obvious that Tomlin and the rest of the organization believe he’s the man for the job and that in no way will his lack of NFL coaching experience hinder him in any way.

“I am excited because he is an accomplished coach with a legitimate resume who does have experience in terms of development of players and I think all of those things are real positives as we embark on this journey, which would be his first one in the National Football League,” Tomlin said Monday, according to Teresa Varley of steelers.com.