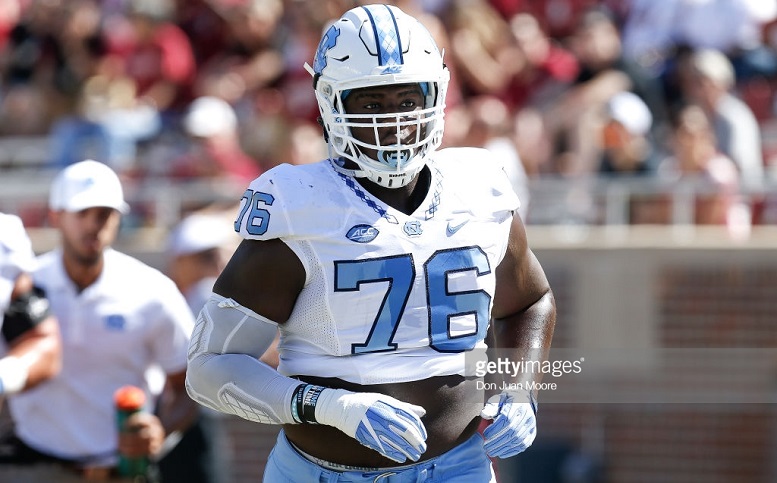 While the Pittsburgh Steelers are expected to have another defensive-heavy draft this year, they’re still likely to select a few offensive players at some point and that might include another offensive lineman.

According to Aaron Wilson of the Houston Chronicle, North Carolina guard R.J. Prince has a meeting with the Steelers following his Pro Day workout on April 3. We’ll have to see if this winds up being Prince being brought to Pittsburgh for a pre-draft visit.

North Carolina guard R.J. Prince has a meeting with the Pittsburgh Steelers following his Pro Day workout on April 3, according to a source

Prince, who was not invited to the NFL scouting combine this year, reportedly measures in at 6052, 320-pounds. He played a lot at right guard at North Carolina but can also play some at tackle should the need arise as well as left guard. He avoided a two-game suspension last season for academic reasons and it was also reported this past January that investigators were looking into whether an NFL agent violated North Carolina’s sports agents law by contacting Prince despite not being registered with the state.

On the surface, it appears that, at best, Prince will wind up being a very late-round draft selection this year and there’s a good chance he goes undrafted. It will be interesting to see if he winds up being one of the Steelers 30 pre-draft visitors this year and if offensive line coach Mike Munchak is in attendance at the North Carolina pro day on April 3.

The Steelers offensive line depth chart currently appears to be in great shape right now despite tackle Chris Hubbard signing with the Cleveland Browns as an unrestricted free agent a few weeks ago. With that said, adding a versatile player such as Prince this year as either a very late-round draft pick or undrafted free agent still would make a lot of sense. Hubbard, by the way, was a former undrafted free agent signed by the Steelers.