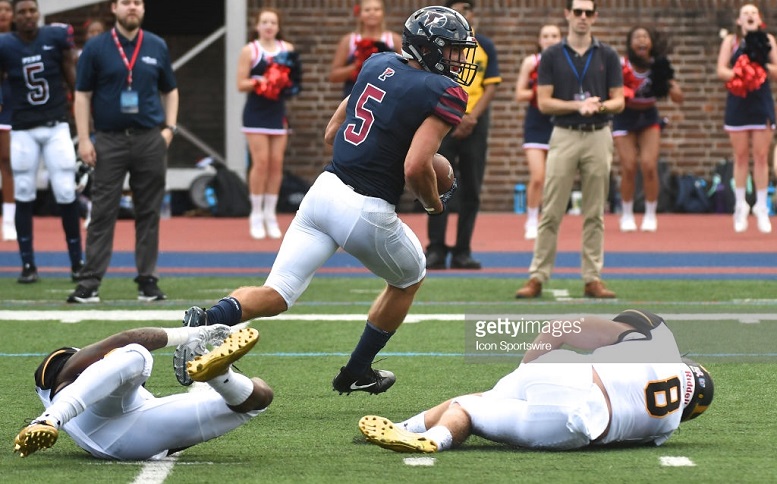 It’s not even April yet and we’ve already been able to a compile short list of players who the Pittsburgh Steelers are expected to bring in for pre-draft visits in the coming weeks. The latest name we think we can add to this list is Penn wide receiver Justin Watson.

According to Tony Pauline of draftanalyst.com, Watson now has seven official pre-draft visits scheduled and one of them is with the Steelers.

Watson, who was not invited to the annual scouting combine this year, did play in both the East-West Shrine Game and Senior Bowl a few months ago. According to Pauline, Watson measured in at his recent pro day at 6-foot-3, 215-pounds and he registered 20 reps on the bench, had a 40-inch vertical jump and a 10 foot broad jump. If that’s not enough, Watson reportedly posted a 40-yard-dash time of 4.39-seconds.

In his four seasons at Penn, Watson recorded 286 receptions for 3,777 yards and 33 touchdowns. The South Fayette High School product is Bridgeville, PA native and so he’s not likely to count as one of the Steelers 30 allotted pre-draft visitors.

Several analysts have Watson as being selected either late in day-three of this year’s draft or going undrafted.