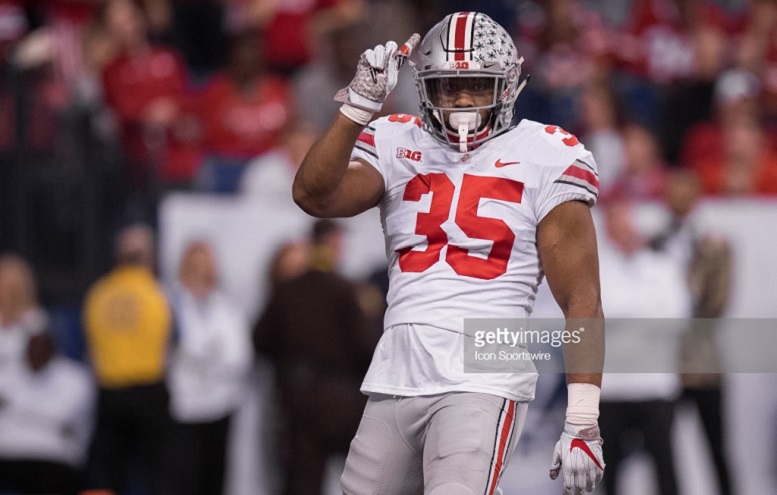 Pittsburgh Steelers head coach Mike Tomlin and general manager Kevin Colbert both attended the Ohio State pro day on Thursday and it sounds like at least one of the players they observed will be brought in for a pre-draft visit in April.

According to Dan Hope of elevenwarriors.com, former Ohio State linebacker Chris Worley said Thursday he currently has visits lined up with the Steelers, Houston Texans, Tennessee Titans, and Cincinnati Bengals. Worley, who measured in at this year’s scouting combine at 6013, 238-pounds, registered 56 total tackles in 2017, despite missing three games with a foot injury. He was also a team captain last season and is position versatile off-the-ball linebacker.

“He’s just a really, really smart football player,” Ohio State defensive coordinator Greg Schiano said exactly one year ago about Worley, according to Ari Wasserman of cleveland.com. “He’s a guy that understands the game at a very high level, and when you’re the Mike linebacker …

“We lost what I think is a man’s man in Raekwon McMillan, just a really fine football player and a smart football player. And we needed to make sure we could try to replace him with a guy who has that kind of presence about him.”

Below is some of Worley’s post pro-day interview and it sounds like he’s already met and talked to Steelers linebackers coach Jerry Olsavsky. If ultimately selected in this year’s draft, Worley will likely hear his name called during day-three. If ultimately undrafted, he could potentially be a Steelers target as well.

For now, we’ll have to wait and see if the Steelers do wind up bringing him to Pittsburgh for a pre-draft visit next month.