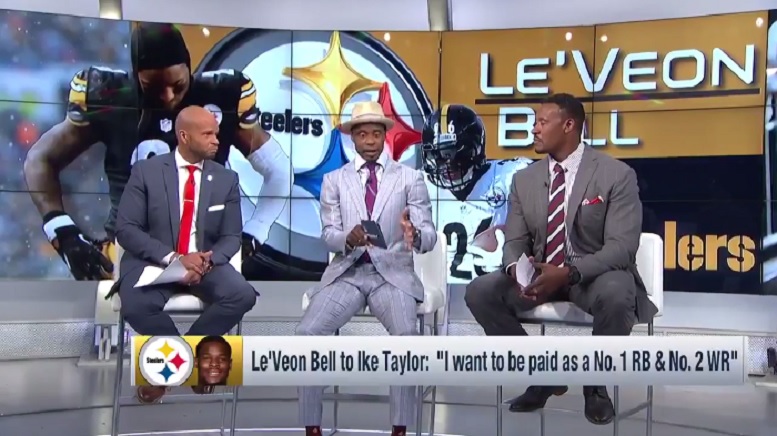 I enjoy when I get to write about former players, especially if they are of the generation that I grew up watching, or at least watched in my teens, but unfortunately they’re not always positive stories. Former Pittsburgh Steelers cornerback Ike Taylor’s story in recent months has been far from it.

Having worked with the NFL Network for the past few years as an analyst since retiring as a player, Taylor found himself and several other Network employees (mostly former players such as himself) suspended amid a sexual harassment investigation. Among those other employees are Hall of Fame running back Marshall Faulk and fullback Heath Evans.

According to Pro Football Talk, Taylor at least is now no longer a part of the NFL Network, but it is unclear whether the departure was voluntary on his part or if he was fired. The status of others, such as Faulk and Evans, has not as of yet been updated, so either a development specific to Taylor arose or he decided to leave.

As I detailed in December when the story broke, Taylor was among those accused by former NFL Network employee Jami Cantor of sexual harassment. She accused Taylor specifically of sending her a video that displayed the former cornerback pleasuring himself.

At the moment, we know very little in terms of the specifics of the situation right now, so it would not be correct to determine that Taylor’s departure from the NFL Network is a signal or admission of guilt until we have more information. A request for comment from the NFL Network for the Pro Football Talk story was not returned at the time of its publication.

Taylor was a fourth-round draft pick by the Steelers in the 2003 NFL Draft, and he played his entire NFL career in Pittsburgh, through 12 seasons, his last coming in 2014. He only played about a quarter of his final season, however, after suffering a fractured arm in a friendly-fire incident.

A two-time Super Bowl champion, Taylor never exhibited the sort of ball skills that would garner him Pro Bowl recognition, but for the majority of his career, he was the Steelers’ shutdown cornerback, frequently shadowing an opponent’s top receiver and more often than not holding his own.

He never missed a game due to injuries during his first nine seasons, that streak finally broken at the end of the 2012 season when he missed four games with an ankle injury. He returned to play the entirety of the 2013 season in year 11.

Over 170 games, Taylor recorded 636 tackles with 14 interceptions, 140 passes defensed, two forced fumbles, three sacks, and one defensive touchdown scored on an interception. He had an additional three interceptions in 14 career postseason games, including one in Super Bowl XL.