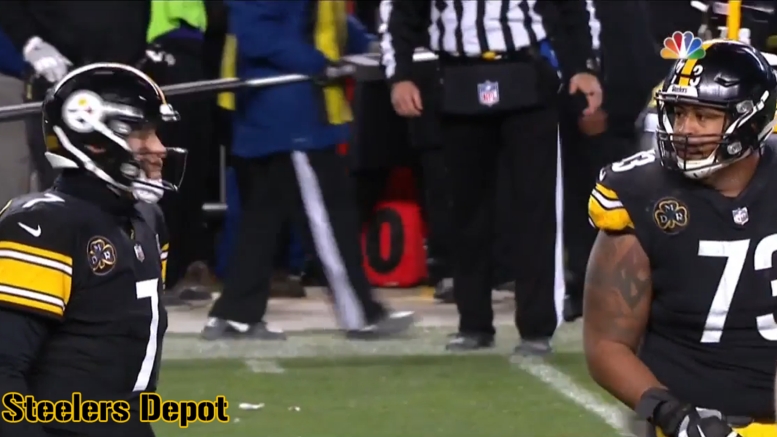 With yesterday’s news that the Pittsburgh Steelers are going to release veteran cornerback William Gay, that now makes quarterback Ben Roethlisberger by far the longest-tenured player on the team on a path that has been leading us toward this now for years. And that makes Ramon Foster now the second-longest-tenured player, as well as the second-oldest at 32.

Gay, 33, was a fifth-round draft pick in 2007, the first draft class for Mike Tomlin, and he had been here for all but one year. Lawrence Timmons was here, too, up until last season. It was probably a hard blow for Tomlin to lose the first draft pick he ever made, though his next couple of first-round picks didn’t last beyond their first contracts.

Through the early years of the 2000s, the Steelers, to a fault, tried to hold together a roster that won two championships and competed for three, but those slowly retired or were released. Heath Miller, for example, retired after the 2015 season. Greg Warren retired last year, and then James Harrison was released.

With the pending releases of Gay and Mike Mitchell, the Steelers’ total number of players over the age of 30 decreases from seven to five. Roethlisberger, 36, is now clearly the oldest, with Foster the nearest, younger by nearly four years. Darrius Heyward-Bey, 31, and Tyson Alualu and Marcus Gilbert, both 30, round out the group.

None have had a journey quite like Foster’s, however, and his is one that continues to be written into a 10th season, which is quite an achievement for a former undrafted free agent. While the entirety of the Steelers’ 2009 draft was gone by 2014—with a brief return cameo by David Johnson in 2016—Foster, who didn’t hear his name called that weekend, remains.

He has never been singled out for great on-field achievements. He owns no individual awards for his football excellence, though he has one for his relationship with the media. But his steadiness over the years has kept him around, and he has spent the past five years as an unquestioned full-time starter.

But he has started much more than that, including the entirety of the 2012 season, which would not have happened if not for a preseason injury to then-rookie first-round draft pick David DeCastro.

Over the course of the past nine years, Foster has played in 130 games and started 115 of them. He hasn’t been a backup since 2011, and he started 14 of 15 games that season. He beat out Kraig Urbik, who I just wrote about, a third-round pick the same year he was signed after the draft, yet Urbik only just retired.

Always looking ahead and seeing beyond the game, Foster has become an important presence in the locker room and helps to keep others grounded, even with simple financial advice. He is an under-recognized leader for the team.

But so was Gay. So was Timmons. So was Miller. So was Warren. The game eventually catches up to everyone, and Foster’s time likely isn’t far off, either. You can’t play forever, but he has made a hell of a run so far, and isn’t quite finished yet.