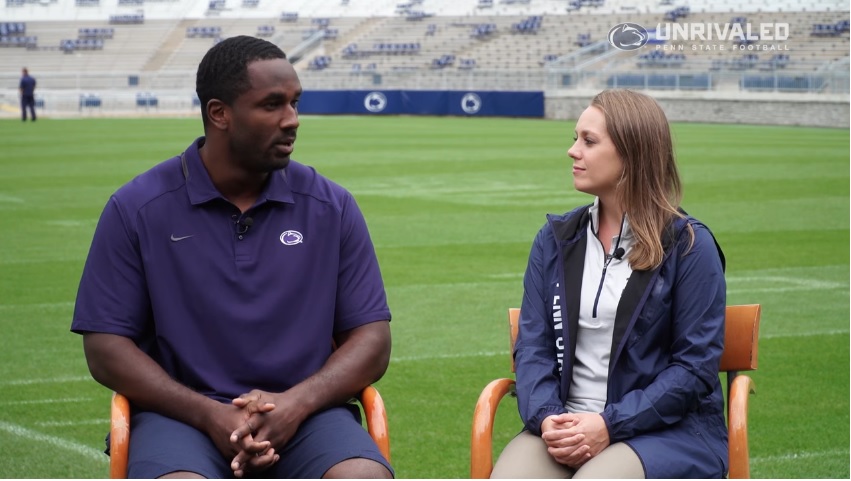 We now know our second pre-draft visitor for the Pittsburgh Steelers. According to Draft Analyst’s Tony Pauline, our go-to for all draft news, Penn State defensive linemen Curtis Cothran is taking a trip out to Pittsburgh in the near future.

“He also taking an official visit to see the Pittsburgh Steelers and has been invited to local pro days for the Buffalo Bills, Baltimore Ravens, Philadelphia Eagles, New York Giants and New York Jets.”

A two year starter, Cothran finished his college career with 13.5 TFL and 6.5 sacks. Last season, he set a season high with 3.5 sacks while recording 16 total tackles. He projects to a defensive end in the Steelers’ scheme. Check out his Penn State bio here.

NFL Draft Scout currently has him off the radar as an undrafted prospect. Even if that’s the case, the Steelers have tons of roster spots open and will add a slew of UDFAs to fill out their 90 man roster.

He is the second known pre-draft visitor. Justin Reid, a possible first round pick, announced he will be taking a trip to Pittsburgh at an unknown date. Last season, the Steelers drafted two players from their visit list, Josh Dobbs and Keion Adams, while signing a third, Francis Kallon, as an UDFA.

Shortly, we’ll begin to put together our pre-draft visit tracker for you guys to bookmark. In the meantime, he be sure to follow our Pro Day tracker. We update it almost every day.