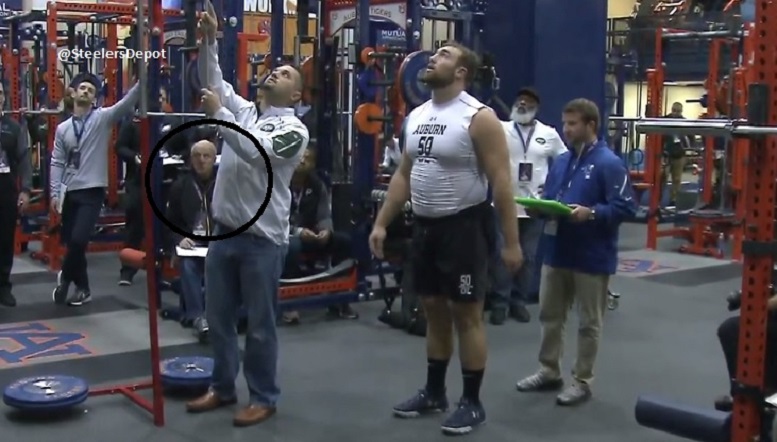 A few pro days are taking place on Friday and the main event appears to be at Auburn, where 26 draft hopefuls were scheduled to go through the paces.

While the Pittsburgh Steelers are represented at the Auburn pro day, I’ve only noticed one scout from the organization and I believe it is Rick Reiprish, as you can see in the picture below. In other words, I’ve yet to spot Steelers head coach Mike Tomlin or general manager Kevin Colbert as it doesn’t appear as either attended it. I have, however, spotted New York Jets outside linebackers coach Kevin Greene, an Auburn alumni and former Steelers player. He was spending time with Holland.

Not positive, but think this is #Steelers scout Rick Reiprish pic.twitter.com/Y2Ml30ulfP

The Auburn pro day is being broadcast live on the SEC Network and you should be able to watch an archived version of it on ESPN.com later. If I locate any other members of the Steelers in attendance I will update this post.