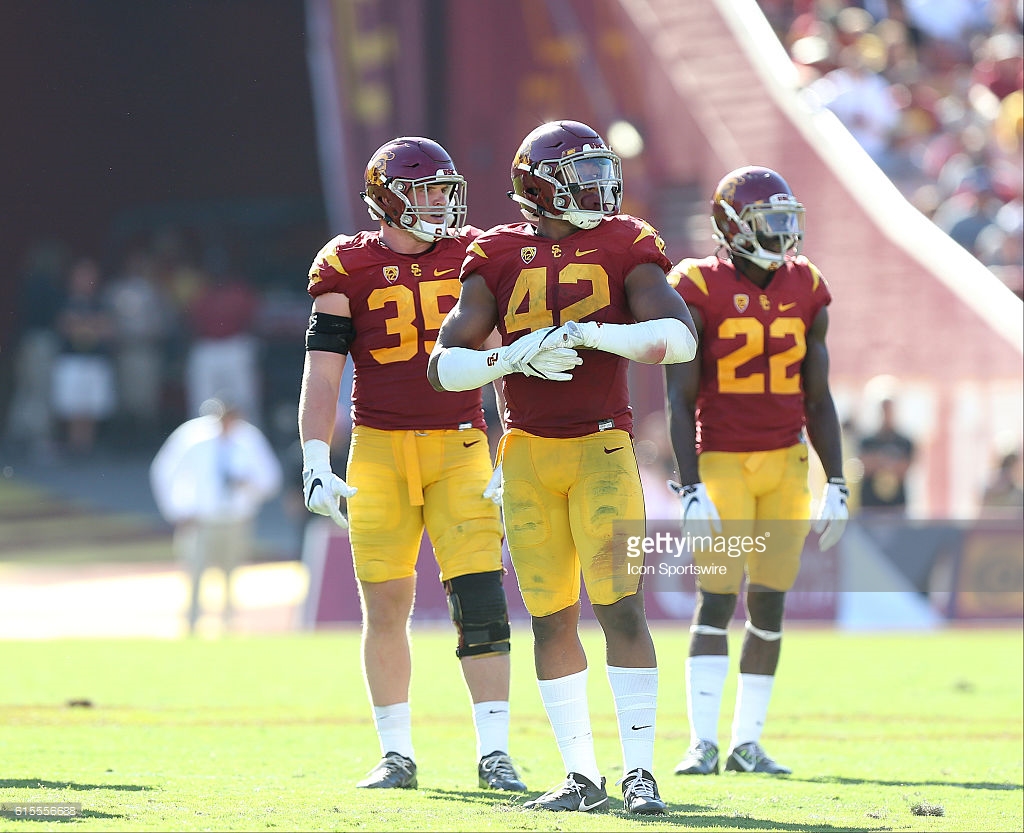 With today being the Combine and the unofficial start of draft season, it’s only appropriate to hit you guys with a mock draft. One that comes with a name not often connected with the Steelers, though we should see a bit of a shakeup coming out of Indy. In Peter Schrager’s mock for NFL.com, he has the team taking USC LB Uchenna Nwosu in the first.

“The Steelers go defense again, and go back to the USC well, which has served them quite well in the past.”

In the past, I’ve mentioned that Nwosu could fit as an edge rusher in the Steelers’ system though he – and many others – believe he’s best served as an off-ball linebacker in the NFL.

Another thought could be the team taking an outside linebacker, or someone like Nwosu, and putting him inside, as they did with Lawrence Timmons more than a decade ago. Kevin Colbert has already pointed to the outside rushers as a strength of the draft while the true inside guys are weaker. Perhaps Nwosu could fit as the Mack linebacker in the Steelers’ system.

A two year starter for the Trojans, he finished his career with 168 tackles, 20.5 for a loss, and 12.5 sacks. Nine of those QB takedowns came last season. He’s not a top-level athlete but bendy around the edge and a capable pass rusher. He also had great coaching in school, crediting DL coach Kenechi Udeze, who flashed in the NFL before cancer forced him to retire.

As Schrager points out, USC has been a hotbed for the Steelers to turn to whether that’s JuJu Smith-Schuster last year or Troy Polamalu a long time ago.

Most people consider him a Day Two pick though a strong Combine workout could vault him into first round conversations.