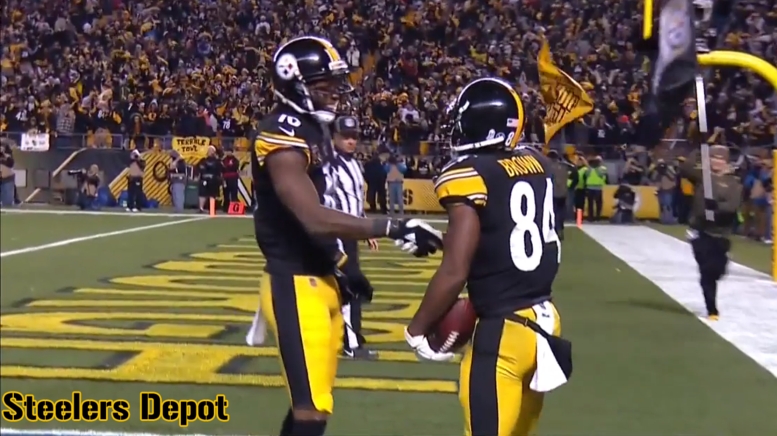 I wrote a column yesterday in which I laid out the recent course of events in the professional life of Pittsburgh Steelers wide receiver Martavis Bryant from my perspective, which frankly went over better than I was expecting it to, and I am hoping that I clarified a number of things as a result.

But there is one important detail that I left out, and that I have been habitually omitting whenever I have written about Bryant for no particularly good reason, yet which I have mentioned a number of times in reply to readers.

When it comes to Bryant’s immediate future, there is no good reason nor incentive for him to want to sign an extension with the Steelers, which is something that many have expressed a desire to see come about. If there is only reason that it would not happen—though there are more—it would be because Bryant does not see it as being in his best interests, or so I would expect.

To begin with, Byrant knows that his current value is low. Any deal he were to sign now would tie him down to a value less than he feels he’s worth. He knows this current season is all about raising his stock. He may even have to sign a one-year ‘prove it’ deal with another team in 2019 to try to maximize his value on a deal in free agency.

He not only believes that he deserves a bigger role than he can be given in Pittsburgh with Antonio Brown there, he also believes that the Steelers did not maximize his abilities. In December, he said that he didn’t have the best season he could have, but that “it’s not in my control” and he is only doing “the best you can do with the circumstances”.

He did change his tune by the end of the season by degrees. Following the playoff loss, he said that he didn’t “feel like starting the chemistry all over again”, but he did reiterate that he believes he deserves a bigger role. “All I can do is get better this offseason, come back in OTAs and show them that I deserve more”.

When you’re on a team with Antonio Brown, however, there is a cap on how much ‘more’ is available. He already has to make headway to try to reclaim his status as the number two receiver from JuJu Smith-Schuster, a task that I firmly believe he feels he can accomplish.

But the long-term future for Bryant, all signs point to, is not in Pittsburgh. He wants to be ‘the guy’, and he also wants to be paid like ‘the guy’. The Steelers already have a guy they’re paying to be the guy, and they haven’t paid two ‘guys’ in their history, or at least in the salary cap era.

The Steelers have reason to be cautious about hitching their wagon to a player who has been suspended twice and who could potentially be volatile. Bryant has reason to believe that he cannot achieve his ambitions in Pittsburgh. A parting, in my opinion, is virtually inevitable for mutual reasons.