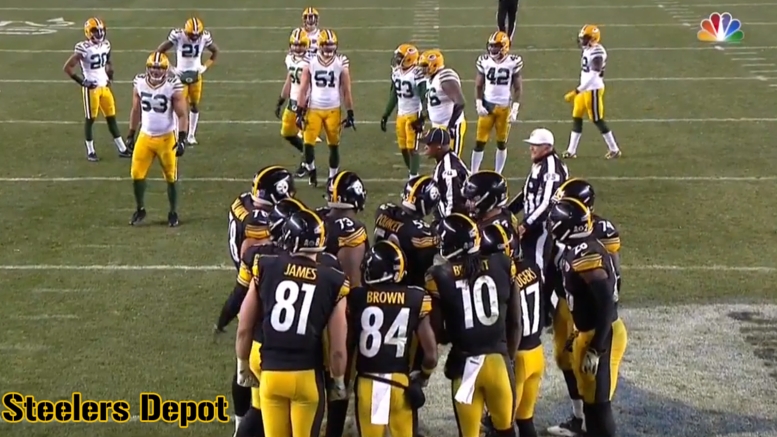 Three Pittsburgh Steelers players got a boost in their 2018 scheduled salaries recently with the start of the new league beginning officially reflecting Proven Performance Escalators in the contracts of fourth-year players Martavis Bryant and Jesse James. That means that the Steelers have even less cap space than you might have thought, unless you read Dave Bryan’s post from Wednesday night, or his other cap updates through the offseason.

Proven Performance Escalators are part of the Collective Bargaining Agreement and pertain to all players that are drafted between the third and seventh rounds. Such players who play either 35 percent of their team’s snaps on offense or defense over their first three seasons or in at least two of their first three seasons receive the escalator for their fourth season.

In order to calculate the value of the escalator, the league takes the value of the original-round tender and subtracts from that the player’s total salary for their fourth season minus their signing bonus or other money treated as a signing bonus. The difference in that amount is added to their base salary.

In most cases, this will simply translate into those players earning the equivalent of the original-round restricted free agent tender, which this season comes in at $1.907 million. The base salaries for Bryant, James, and also Jordan Berry now reflect that amount, as does Anthony Chickillo, who was actually a restricted free agent and was given an original-round tender. Berry was previously re-signed to a one-year contract worth the equivalent of the tender. Berry would not be eligible for it anyway since he was not drafted.

The salary bumps for both Bryant and James were fairly substantial. James, as a fifth-round pick in the 2014 NFL Draft, was originally scheduled to earn a base salary in 2018 of $705,000. His cap impact increased by $1.202 million as a result of the Proven Performance Escalator.

As an example in an effort to explain the Proven Performance Escalator, here is how it works for James. Since there are no roster or workout bonuses or things like that, the configuration is easy. $.705 million (his base salary and all earnings minus signing bonus) subtracted from $1.907 million (original-round tender value) is $1.202 million, so that is what is added to James’ salary, which is, obviously, $1.907 million.

Bryant’s is an interesting situation, of course, because his contract tolled due to his one-year suspension heading into his third season. As a 2014 fourth-round draft pick, he was also originally on the books to earn a base salary of $705,000 for his fourth season, which should have been 2017 rather than 2018. The Proven Performance Escalator also earns him an additional $1.202 million in 2018.

Assuming he is on the roster. the Proven Performance Escalator is not guaranteed in any way that a player’s base salary would not ordinarily be, so Bryant and James would of course have to make the roster in order to receive it.

For those who may be wondering, third-year defensive tackle Javon Hargrave has already qualified for a Proven Performance Escalator for the 2019 season by virtue of playing over 35 percent of the team’s defensive snaps in each of his first two seasons.

Provided that he is not signed to an extension next year, which is quite possible, he should see a nice boost in his salary as well. He is currently scheduled to earn $720,000 in 2019 and will likely see that increase by about the same as James’ and Bryant’s 2018 salaries.