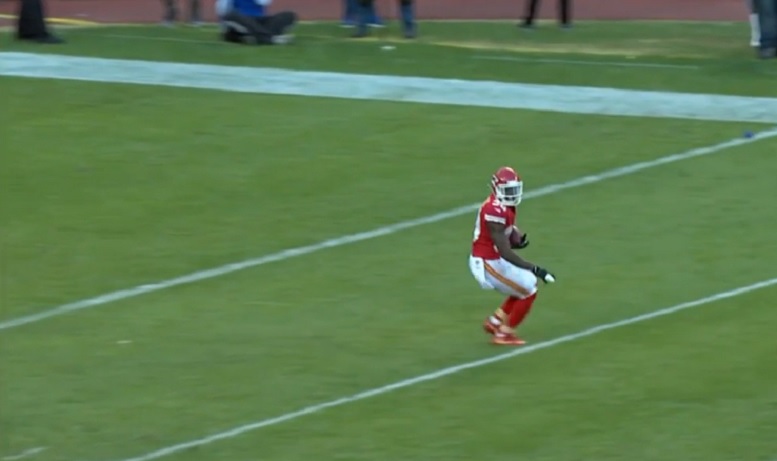 On the surface, it appears as though the Pittsburgh Steelers are still on the hunt for an unrestricted free agent safety that can also play on special teams. After all, they’ve already brought in Michael Thomas for a visit this a few weeks ago before he signed elsewhere and while it apparently hasn’t happened yet, a report this past indicated that Nat Berhe was going to be brought in for a visit as well. Assuming Berhe ultimately visits and the Steelers not wind up signing him, perhaps they will then take a look at Steven Terrell, who played last season for the Kansas City Chiefs,

Last season with the Chiefs, Terrell was mostly limited to playing on special teams and he registered just one tackle. It’s worth noting, however, that I saw him play on the punt team as the up-back, which is the exact position now-former Steelers safety Robert Golden played most of his career in Pittsburgh. In my quick tape review, Terrell also played on the kickoff return team. In total, he played 33% of all special teams snaps for the Chiefs in 2017 and that was in just 10 games played.

Terrell’s 2017 season, however, was cut short by a dislocated finger that required surgery. That injury happened in Week 14 and thus the former undrafted free agent out Texas A&M is probably already fully rehabbed from his surgery by now.

While Terrell didn’t play much on defense with the Chiefs, he did see a lot of playing time in 2016 as a member of the Seattle Seahawks and at free safety as well. He stared five games late in 2016 regular season after starter Earl Thomas went down injured in addition to both playoff games. He totaled 27 total tackles during the 2016 regular season and 8 more during the playoffs. He’s definitely not starter material, but at least he has experience.

Outside of Berhe and Terrell, the list of very affordable unrestricted free agent safeties that also can help on special teams is now extremely thin. In fact, after going through the NFL’s entire list of those that are still available that are under 30 years of age and potentially fit what the Steelers are likely looking for, my list includes Berhe, Terrell, Eddie Pleasant, Keith McGill and Antone Exum.

Obviously, safeties Tre Boston, Eric Reid and Kenny Vaccaro are all still available, but even so, those three aren’t likely going to want to sign for the minimum. The Steelers signed safety Morgan Burnett to a free agent contract a few weeks ago and if they are to sign another safety in the coming days, weeks or months, you can count on them only wanting to pay said player the minimum.