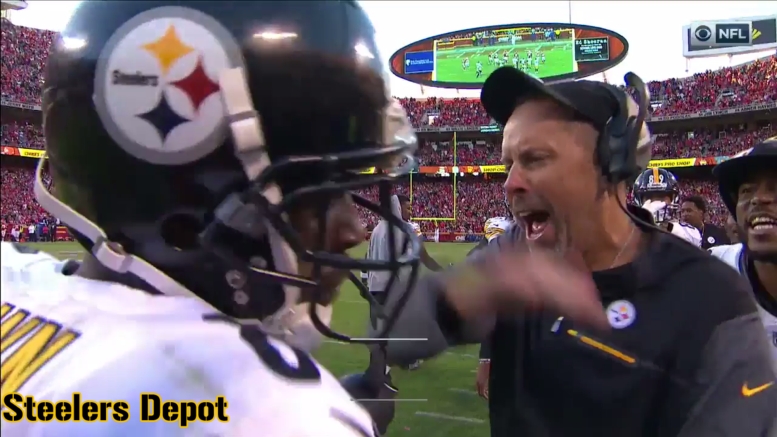 The Pittsburgh Steelers and running back Le’Veon Bell were not able to agree to terms on a long-term extension prior to Tuesday’s deadline for applying the franchise tag, which means that he is currently on the books for the franchise tag value of over $14.5 million as the two sides continue to work toward a long-term deal that, for many, seems unlikely to happen.

Given the circumstances, it goes without saying that a lot of the running back’s live Instagram session yesterday, in which he answered fans’ questions, centered around his contract situation and his beliefs about what he is worth. But he did get asked about other topics, including his thoughts on former Steelers offensive coordinator Todd Haley.

The Steelers brought Haley in as offensive coordinator the year before Bell was drafted, so he is the only play-caller that the back has known over his five-year career. He doesn’t really have much to compare to. But he knows what this offense has looked like.

“He definitely deserves to be working in the league. He’s not a guy who’s just out here doing BS. He deserves everything he got”, Bell continued regarding his former offensive coordinator, which, now that he is no longer with the team, he doesn’t really have any incentive to protect.

“Obviously it didn’t work out with us and the Steelers, but I hope he does a great job over the course of his career. Just not against us, cuz now he with the Browns. I don’t know what made him sign with the Browns, but, you know, it is what it is”.

Haley did join the Cleveland Browns’ staff to become offensive coordinator, shifting, statistically, from one of last year’s best offenses to, I believe, the worst. But they do have pieces. Still, Bell was a bit perplexed. “Nothing against the Browns, I’m not saying anything bad, I’m just saying”, the back added. “I guess he’s looking at, you know, the Browns got two top five picks, you never know. You never know”.

Bell made no mention of a “punishment package” that former running back DeAngelo Williams suggested was in place for him last season after he skipped the offseason, though as we mentioned in the article regarding that story, it was to be taken with a grain of salt to begin with. Williams wasn’t even on the team.

More relevant to the now is the fact that his new offensive coordinator will be Randy Fichtner. Back during the Pro Bowl, at which the Steelers’ staff coached, he told reporters that he likes Fichtner a lot.