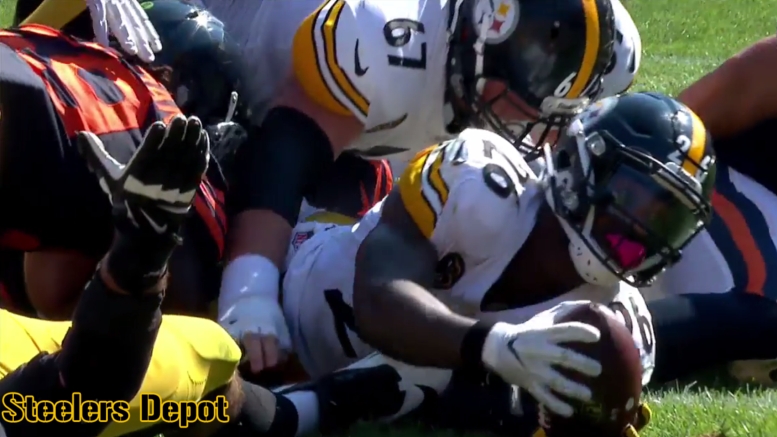 A few days ago, when running back Le’Veon Bell revealed that the Pittsburgh Steelers were going to place the franchise tag on him, he spoke to Jeremy Fowler for ESPN, and the All-Pro gave him a bullet-point list of six arguments to explain why he feels he is worth what he is seeking.

I thought it would be fun to take a look at that list and see how well it matches up to reality, or at least reality as I see it. Since I’m the one writing the article, I do kind of have to use my own sense of reality, after all.

The first point he made is hard to refute. It’s simply a matter of fact. Right now, Bell is averaging more yards from scrimmage per game than anybody else ever in the history of the NFL. At the moment, he has 7996 yards from scrimmage in 62 games played. That’s 128.9 yards per game, if 129 yards if you want to round up from 128.9677.

It took Eric Dickerson a couple more games to reach 8000, and Bell will break that record perhaps on his first touch of 2018. The bottom line is that from a yardage output he is the most productive player in NFL history when he’s on the field, to date.

His second point is strong as well. As evidenced by his usage rate, the only back consistently north of 90 percent, he fills the role of multiple running backs. Adrian Peterson played less than 75 percent of the Minnesota Vikings’ offensive snaps during his 2000-yard season because he was not trusted in the passing game or in pass protection, two areas where Bell excels.

He also argues that he is a matchup problem that keeps defenses off-guard. Again, a strong argument. He lined up as a wide receiver for well over 100 snaps last season, and he caught 17 passes for 119 yards from that alignment, including a touchdown, during the regular season.

Next on his list is a bit of a restating of his second point, which is being an elite pass-blocker and being a number two receiver. I think it would be wise to clarify the terminology here, though. A more accurate term here would be pass-catcher to differentiate from wide receivers, because while he does align out wide, it’s usually still in coverage against a linebacker or safety, though he does legitimately run routes.

His more important argument is the hardest to verify as well. He contends that his playing style will allow him to excel beyond the average shelf-life of a running back. But the argument can be made.

Bell’s running style does rely more on vision and patience than just about any other running back, we know that. hypothetically, that should be more sustainable than other styles predicated upon pure speed or pure strength.

It is a compelling argument for Bell, no doubt, in my opinion. But it doesn’t really take into account injury and suspension history, for starters, or in the reduction of explosive plays over the past two years. He has recorded 63 explosive plays in his career. He had five through the air during the regular season in 2017 and just three on the ground, though he added two more (plus another on a reception) in the postseason.