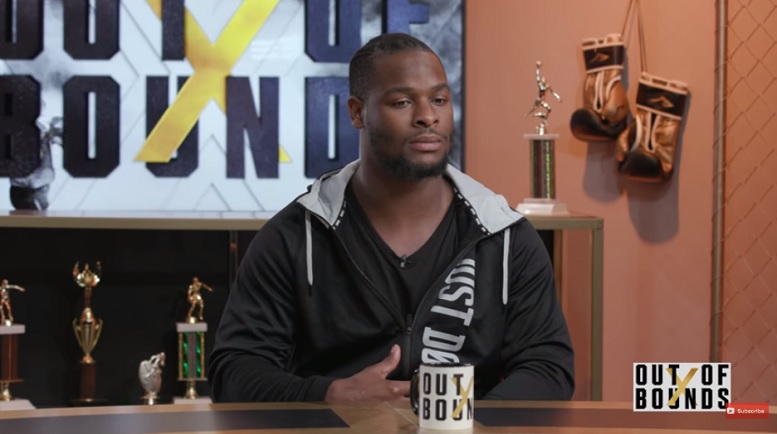 Pittsburgh Steelers running back Le’Veon Bell just can’t stop talking about his current contract situation. Wednesday night, Bell talked to fans about his future with the Steelers during an Instagram chat with fans and while we have already passed along several things he said during that 30 minute-plus session, he had more to say on the topic earlier in the day in an interview on “Out of Bounds”.

During the interview, Bell was essentially asked if he has a number in mind that he’s comfortable signing long-term for and he agreed he does.

Bell went on to say that he tries not to worry too much right now about what ultimately might happen with his contract and that he’s comfortable knowing that at least he has the $14.544 million franchise tag in 2018 to fall back on if no new deal is signed by the middle of July.

Bell, however, did make sure to touch on the fact that running backs Adrian Peterson and Chris Johnson both cashed in with huge deals several years ago and that the running back market has gone backwards ever since then and that’s why he now feels he’s the one that needs to get that number back up.

“Globally speaking, guys look at me as the best RB in the league, so I got to do what I have to do, market-wise,” Bell said. “Adrian Peterson was a guy, I think in 2011, or whenever he signed his deal for 14 [million], he set the market at that time and nobody has touched that number, or has even come close, and it’s been a long time now. So, now running backs, I think it’s like the second-lowest paid position outside of like punters and kickers and stuff. But just think about that, we’re getting the ball the most.”

Bell went on to say that Steelers head coach Mike Tomlin has told him a few times that if it were up to him, he’d hand a blank check to the running back to write what he wants on it.

“But obviously it’s not just him,” Bell said. “Obviously, he’s going to try to do what he can but there’s guys above him and I understand that.”

The rest of us need to understand that Bell isn’t going to participate in any of the team’s voluntary offseason program until he signs a new long-term contract with the Steelers and he said as much during his Wednesday night Instagram chat with fans. If the Steelers don’t come to terms with Bell before the July 16 deadline, we can probably count on the running back to sit out all of training camp and the preseason just as he did last year.

Will Bell ultimately sit out some regular season games? I will be surprised if that happens as he will lose just over $850,000 for every week he misses during the regular season. Besides, him sitting out won’t force the Steelers hand in any way as the deadline to sign him long-term will have long passed by then.

You can watch Bell’s full interview below: