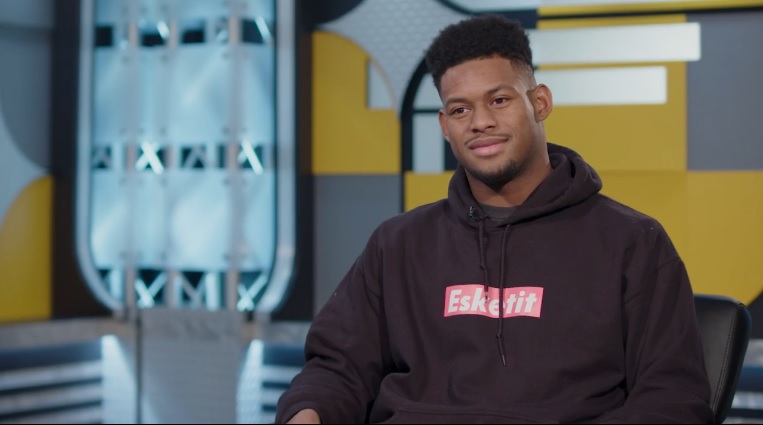 Most of what you saw in 2017 was the fun-loving, easy-going JuJu Smith-Schuster. The TD celebrations, the bike saga, the city who embraced him. On the field was a similar success story, a stellar rookie season with big numbers across the board. But it wasn’t all perfect. The transition for a rookie receiver is steep and speaking with Missi Matthews for Steelers.com, he discusses when he felt like he hit the rookie wall.

“Going from college and being in camp in college to the season to Combine training, the NFL draft, to now, you’re in preseason, then regular season, then postseason, it’s been a long year for me,” JuJu said. “Honestly, it’s the rookie wall people talk about.”

Specifically, he says he felt the “wall” after his mid-season hamstring injury that caused him to miss the Green Bay Packers game in late November.

“Kind of jut mentally breaks you down because you’re not out there with the guys. You really can’t practice. You’re thinking, ‘what can I do to get back faster?’ Being a long season, it adds up.”

He returned after missing that lone game to play against the Cincinnati Bengals, get suspended, forcing him to miss another before finishing the year out. That’s just a reminder of how tough that first season is even when it looks stable on the surface.

Still, for as good as his season was, he’s looking to take another jump in 2018.

“I need to take that next step. I want to improve my game to another level next year. I want to be better than what I was than this year. My goal and my standards will be much higher.”

Getting through training camp healthy will be a good place to start. An ankle injury sidelined him on the first day in Latrobe and he suffered others along the way, though he was able to overcome the lost time to be as productive as he was.

For now, with some time off, he says he’s going to travel the world. Destinations on the agenda? The Caribbean, Bahamas, Germany, Dubai, and Mexico for, as he tells it, “some burritos and tacos.”