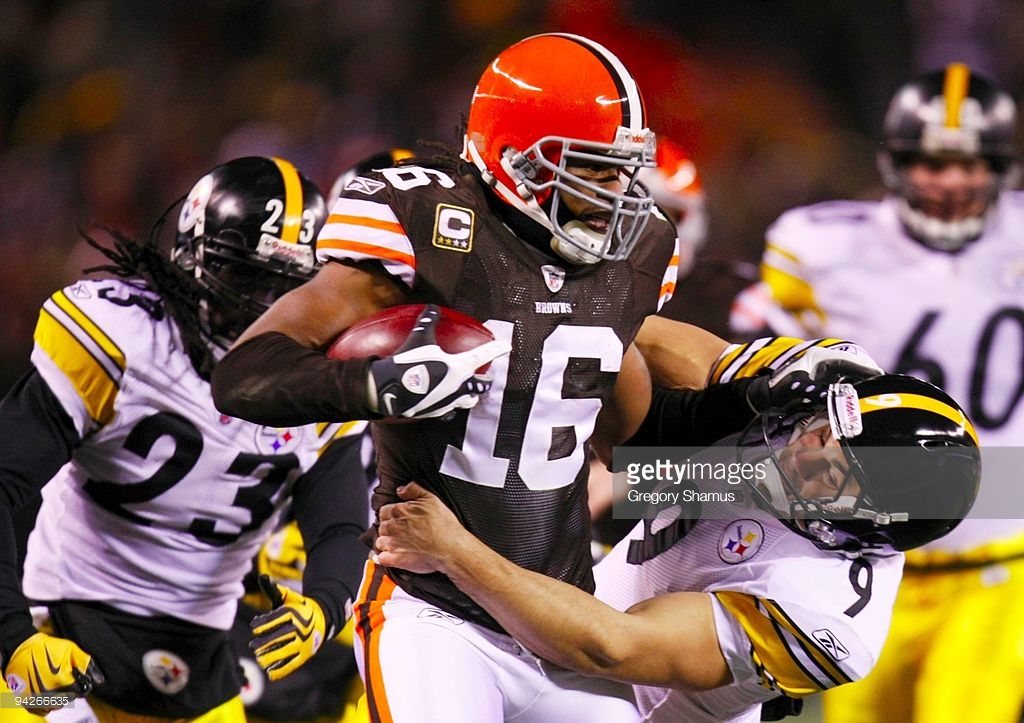 Remember Josh Cribbs? He was never much of a wide receiver, but there was a time when he was among the most feared return men in the NFL. He had a decade-long career in the NFL as a former undrafted free agent out of Kent State, during most of which time he was with the Cleveland Browns.

Now he is back in Cleveland four years after he last played in the NFL, in 2014 with the Indianapolis Colts. But the 34-year-old is not returning as a player. Instead, he is looking to dip his toes into the coaching ranks, and has signed on to serve as a coaching intern on special teams with the Browns this season.

It would seem to be a wise time to bring Cribbs back into the fold, even if it only proves to be for a short time, as they try to develop their next great returner. One of the reasons that the Browns used a first-round pick on Jabrill Peppers last year is because he offers the potential for a dynamic return man.

Cribbs is tied with Leon Washington for the most kick returns for touchdowns in NFL history, with eight. He gained at least 1000 kick return yards in six different seasons, including a staggering 1809 in 2007. He returned two kicks for touchdowns and averaged 30.7 yards per return that season.

He averaged at least 27 yards per return in four different seasons in which he had 15 or more returns, and was never below 24.3, which was what he posted in his rookie season. In all, he recorded 11,113 kick return yards on 426 kicks, averaging 26.1 yards per return and the eight touchdowns.

He also did work as a punt returner, five times averaging more than 10 yards per return, and he added another three touchdowns on punts. In all, he averaged 10.7 yards per punt return for his career on 222 returns, which came to a total of 2375 yards.

Cribbs’ combined 13,488 return yards on punts and kicks for his career is the third-most in NFL history behind only Brian Mitchell and Allen Rossum. You might recall the name of the latter, as he was among Mike Tomlin’s first free agent signings in 2007. He lasted on year but did have one kick return touchdown.

The three-time Pro Bowler and two-time first-team All-Pro will join another familiar name in Cleveland, that being Amos Jones, who is their new special teams coordinator. He held that position with the Pittsburgh Steelers in 2012 and previously was an assistant from 2007 up to that season. An original Tomlin hire, that was his first job in the NFL. He spent the rest of his time since then, shockingly, with the Arizona Cardinals.