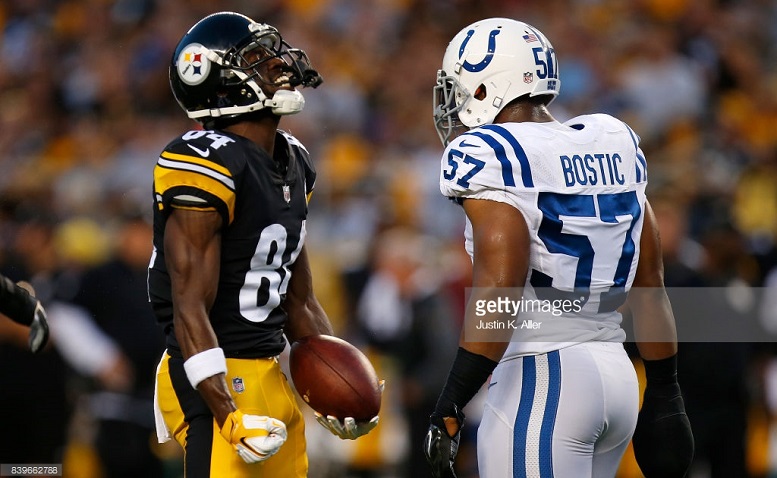 The Pittsburgh Steelers have gotten off to their typical roaring start in free agency, narrowly beating out the Dallas Cowboys earlier today in becoming the 31st team to sign an outside free agent to a contract. The contract, of course, will not be made official until that player, Jon Bostic, passes a physical tomorrow.

And it is exactly the sort of signing that one should expect from the Steelers, and from General Manager Kevin Colbert, especially in a normal year in which he and Omar Khan have limited cap space to work with.

Pittsburgh targeted the inside linebacker position as the most important area to address with a budget addition in the outside free agency market, and they came away with a Mack who was a full-time, every-down player for the Indianapolis Colts in 2017, giving them a solid option to compete for the starting job alongside Tyler Matakevich, L.J. Fort, and likely a rookie draft pick.

While Bostic may be entering his sixth season in the league, he is relatively young and with relatively little wear (though a handful of tears). A 2013 second-round draft pick, he was only 21 when he was initially drafted, and will turn 27 shortly after the 2018 NFL Draft.

Amidst a quickly-moving and surprisingly expensive market for the inside linebacker position that saw names the likes of Avery Williamson, Nigel Bradham, Zach Brown, Preston Brown, Todd Davis, Demario Davis, Anthony Hitchens, Tahir Whitehead (are you getting the picture?), and others go flying off the shelves, Colbert and Pittsburgh remained patient and found a more than reasonable option that fits their budget.

Which is quite minimal, I assure you. With under $7 million in cap space available, the vast majority of that will be subsumed by predictable future expenses, namely the signing of their draft class, eventually 52nd and 53rd players, a 10-man practice squad, and in-season wiggle room for emergencies.

The Steelers have already restructured the contracts of Antonio Brown, David DeCastro, Stephon Tuitt, and Alejandro Villanueva, and released Mike Mitchell, William Gay, and Robert Golden just to get where they currently are.

And what they have to show for it, in addition to what will likely be roughly $5.5-6 million in cap space, is Le’Veon Bell on the franchise tag, Fitzgerald Toussaint, restricted tenders for Chris Boswell and Anthony Chickillo, and a number of minor re-signings, such as Roosevelt Nix, Matt Feiler, and the like. Now throw Bostic on top of that.

This is how the Steelers’ offseasons usually go. Last season was an aberration because they had cap space to burn. If you are in a championship window and not spending close to your cap limit every year, then you’re simply not maximizing your resources. Which is why we saw the late moves for Joe Haden, Vance McDonald, and J.J. Wilcox.

The Bostic signing is a typical one for Pittsburgh, getting a player who is potentially undervalued because of his injury and employment history but who can be had cheap enough to either start or be a reserve. He is young and with only 2200 snaps under his belt, with special teams capability, a fairly complete skill set, and reputed to be of high character.