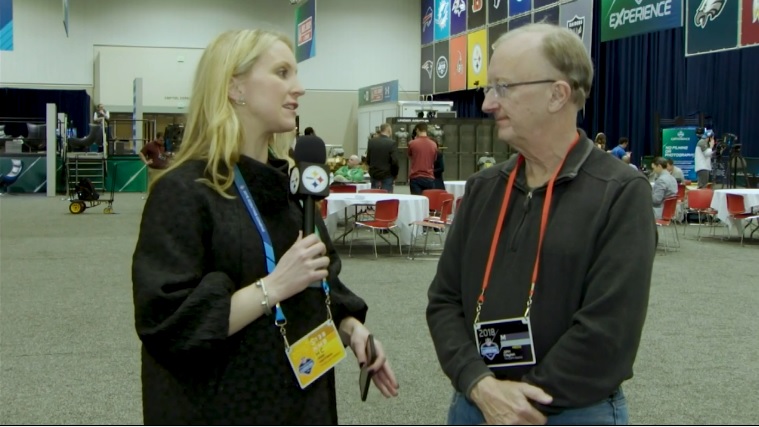 We don’t hear from John Clayton very often these days. But over on Steelers.com, Missi Matthews caught up with the former Yinzer to discuss what the Steelers’ offseason plans should be. No surprise, the focus went to the defensive side of the ball.

“Performing better on defense,” Clayton said. “The talent is obviously there. The front seven is sensational even though there’s a likelihood they’re going to take another linebacker in the first round, that’s possible. Still continue to evaluate the safety position.”

All three areas are likely to be addressed in some capacity during free agency or the draft (or both). Inside linebacker is an obvious need the team appears to address in free agency while safety and outside linebacker will be looked at throughout April’s draft. It’s not a complete overhaul but definitely a defense that’ll be given a face lift compared to where they ended up last season.

Clayton praised the group Pittsburgh has put together on the offensive side of the football, singling out the WR position and their ability to evaluate and develop.

“They’re very good at wide receiver. They’re still one of the best, if not the best team I’ve seen at finding receivers almost every year and they all work out. Offensive line is obviously good. Ben Roethlisberger, now you don’t have to worry about him retiring or any stories like that…so it’s all set.”

Clayton, as Art Rooney II has pointed out, said situational football is the biggest areas of fixing.

“It’s just a matter of accomplishment. Getting more out of the defense. Doing better at some down and distance situations.”

That will start with the red zone offense, which has held that unit back for far too long.They again ranked in the bottom half last year and were aided by some late-season success, one of those games coming in the finale with their starters resting. But red zone defense showed an unfortunate drop off too and third down defense could stand to rise a couple spots as well.