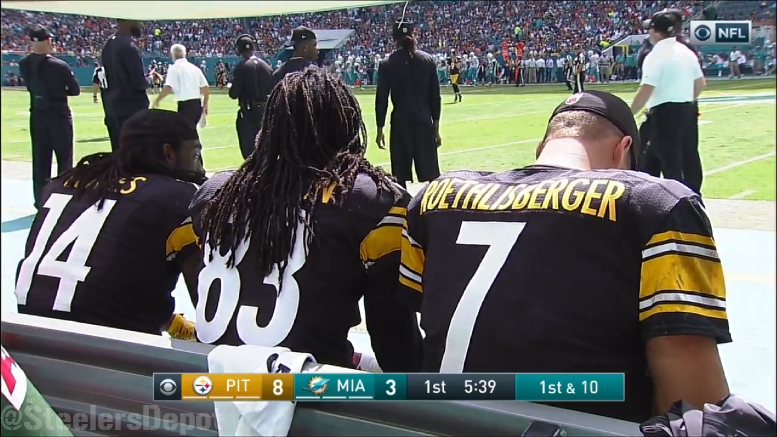 It hasn’t been that great of a year so far for former Pittsburgh Steelers wide receivers, the majority of whom do not currently have a job or are no longer with the team that they were with just a short time ago. The most successful of the whole group has, of course, been Emmanuel Sanders, who played on an entirely new level after he left for the Denver Broncos.

Before him, however, was Mike Wallace, who originally signed a big-money contract with the Miami Dolphins and put up some solid numbers before regressing. He had a bit of a renaissance in 2016 with the Baltimore Ravens, recording his first 1000-yard season since 2011, but had a down year in 2017. He has only recorded 10 touchdown receptions over the past three seasons.

Baltimore elected to allow him to hit free agency, and they don’t appear very interesting in re-signing him. They have already agreed to deals with Michael Crabtree and John Brown, the latter of whom may be seen as a more direct replacement for him as a deep threat, and they are looking at another receiver now in Cameron Meredith, though he is a restricted free agent. Wallace, who will be 32 when the 2018 season starts, has had no discernable market so far.

Earlier this offseason, another former Steelers third-round draft pick, Markus Wheaton, was released by the Chicago Bears. Last year, he signed a two-year, $11 million contract with the Bears following an injury-plagued contract year in Pittsburgh and proceeded to have an injury-plagued year to follow suit. There have been no reports of teams being interested in him, either.

Cobi Hamilton, who was a training camp addition in 2016 and spent most of that season on the 53-man roster, eventually receiving significant playing time due to injuries, spent most of last season on the Houston Texans’ practice squad, but was called up late in the year and dressed for three games.

He caught one pass for eight yards during that time, and it came during a meaningless season finale. Houston just released him from their offseason roster, and it was likely thanks to another former Steelers wide receiver.

That would be Sammie Coates, yet another former third-round draft pick, who last September was traded to the Cleveland Browns for a late-round draft pick. Cleveland released him, but the Texans claimed him off waivers. At least he is employed, but he probably cost Hamilton his job.

Meanwhile, Eli Rogers is continuing to work his way back from a torn ACL that he suffered in the postseason. During his last update about a month ago, he said that he has been ahead of schedule, but it’s not clear if the Steelers will pursue him when healthy.

The only other former Steelers wide receiver of note I can think of is Demarcus Ayers. He spent the last several weeks of the 2017 season on the Bears’ practice squad and remains on their offseason roster. Wallace, Wheaton, Hamilton, and, eventually, Rogers, all remain in search of a home.