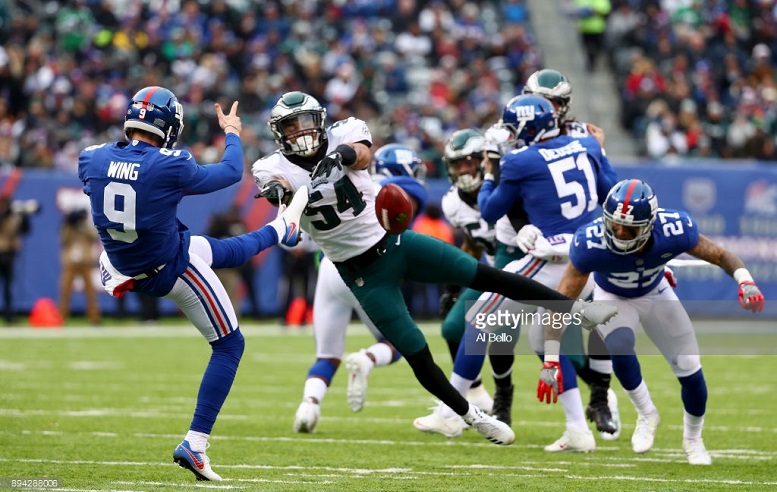 While we sit and wait to find out the Pittsburgh Steelers official cuts prior to the start of the 2018 league year on Wednesday, I can let you know that the team’s former punter, Brad Wing, was released Saturday by the New York Giants.

Wing, who the Giants acquired from the Steelers for a 2016 seventh-round draft pick just prior to the start of the 2015 regular season, punted in every game for New York the previous three seasons. In 2017, Wing posted a 36.7-yard net average that ranked last in the NFL among eligible punters for that stat and his gross average of 44.1 yards was tied for 24th. He also had two punts blocked last season and they were the first of his career.

Wing entered the NFL in 2013 as an undrafted free agent with the Philadelphia Eagles and was ultimately waived by them ahead of that regular season getting underway. The Steelers signed the LSU product to a futures contract in January of 2014 and he ultimately went on to win the punting job that offseason.

Wing posted a net average of 38.8 yards during the 2014 regular season with the Steelers and while he was re-signed to a one-year contract in early 2015, he was beaten out for the punting job during the preseason by punter Jordan Berry and ultimately traded to the Giants.

The Steelers used that seventh round draft pick they received from the Giants in exchange for Wing to select wide receiver Demarcus Ayers.