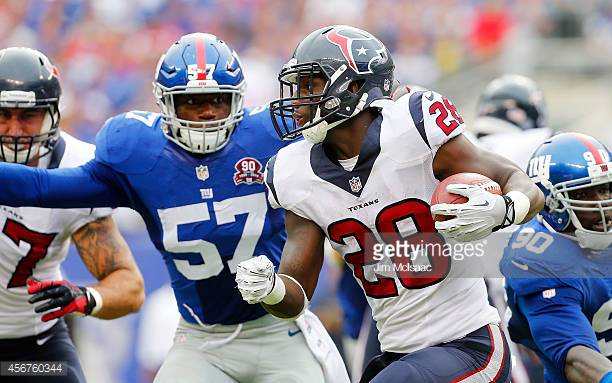 Though it doesn’t sound like a signing is imminent, the Pittsburgh Steelers have expressed interest in RB Alfred Blue, according to this tweet/report from ESPN’s Jeremy Fowler moments ago.

Experienced second-wave free agent option: RB Alfred Blue. Steelers among several teams to call about him, though they don't appear to be players for his services at this time.

Blue carried the ball 71 times for just 3.7 yards per carry last year with the Houston Texans. 2016 was a much better campaign where he averaged four yards per tote and finished second on the team with 100 carries. Standing in at 6’2, 223, he is the big back the Steelers seem to gravitate towards.

But again, Fowler makes it clear there is no signing happening in the near future. Pittsburgh is looking to add depth behind Le’Veon Bell and James Conner. Bell, if a long-term deal isn’t reached, is expected to miss all of the offseason and Conner is recovering from a torn MCL. The team recently signed Fitzgerald Toussaint to a one-year deal for the minimum.