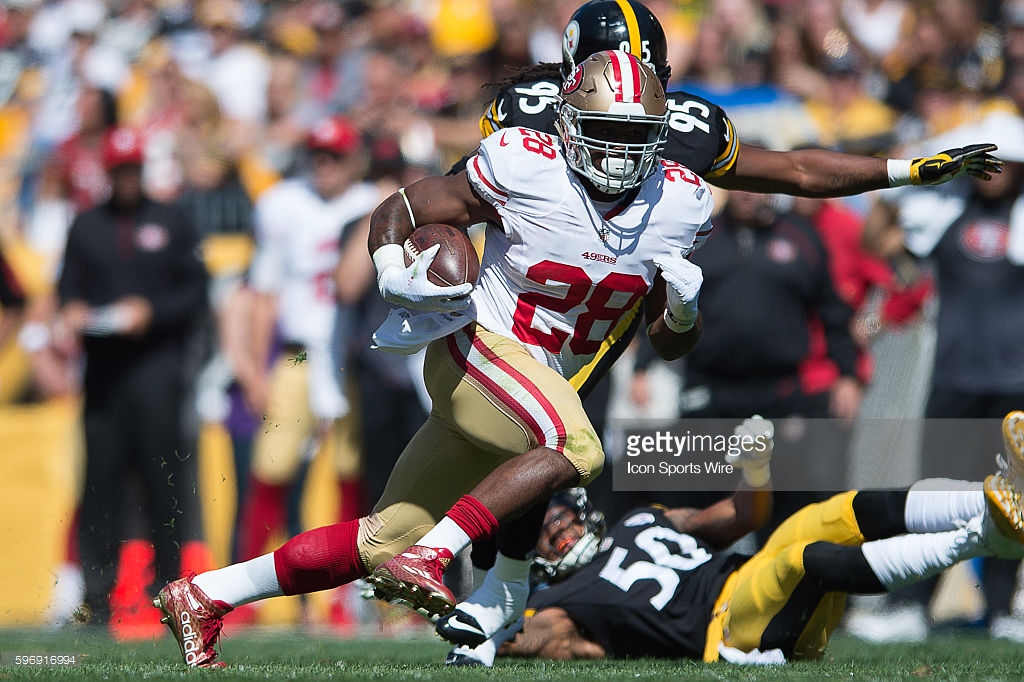 The Cleveland Browns had to be the busiest team in the entire league on the opening day of free agency. While they did not sign any of the top-tier free agents, they had four significant trades to process, and they also did sign a slew of veteran players, including former Pittsburgh Steelers tackle Chris Hubbard.

Let’s recap the players they have added that we haven’t talked about yet.

Starting with former San Francisco 49ers running back Carlos Hyde. With Isaiah Crowell signing with the New York Jets, Hyde gives the Browns a veteran presence in the backfield to pair with Duke Johnson and, perhaps, well, you know who. Rhymes with Baquon Sarkley.

A second-round pick in 2014, Hyde, 27, signed a three-year deal that averages more than $5 million per season. He played 16 games last year for the first time, rushing for 938 yards and eight touchdowns on 240 attempts. He has 2729 rushing yards and 21 rushing touchdowns in his four-year career.

Aside from Hubbard, Cleveland also brought in veteran tackle Donald Stephenson on a one-year, $2.5 million deal. Stephenson, 29, is a former third-round draft pick and has made 37 starts in his six-year career. With Joe Thomas’ retirement, he could compete for a starting job here.

Coming over from the Cincinnati Bengals is defensive end Chris Smith, 26, who signed a three-year contract. An undersized player for his position, he is more of a situational pass-rusher.

The Browns are also hoping to pair veteran tight end Darren Fells with their exciting second-year player, David Njoku. Fells is the sort of tight end with a more complete skill set who will do much of the dirty work, while Njoku should function primarily as a pass-catcher.

Finally, they inked not one but two cornerbacks who are likely to at least compete for starting jobs. First signed was Terrance Mitchell, who agreed to a three-year contract worth $12 million. As he attempted to move into a full-time starting role this past season, however, he struggled and was demoted. He could work in the slot.

The bigger signing was for T.J. Carrie coming over from the Oakland Raiders. He signed a four-year contract worth $31 million. He was a full-time starter last season, though he did not intercept any passes. He has three interceptions in his four-year career.

They acquired quarterback Tyrod Taylor for a third-round pick, sent two day-three picks over for wide receiver Jarvis Landry, traded DeShone Kizer for Damarious Randall, and sent Danny Shelton and a fifth-round pick to the Patriots for a third-round pick. For those wonder, Randall is expected to play safety. He primarily played safety in college.