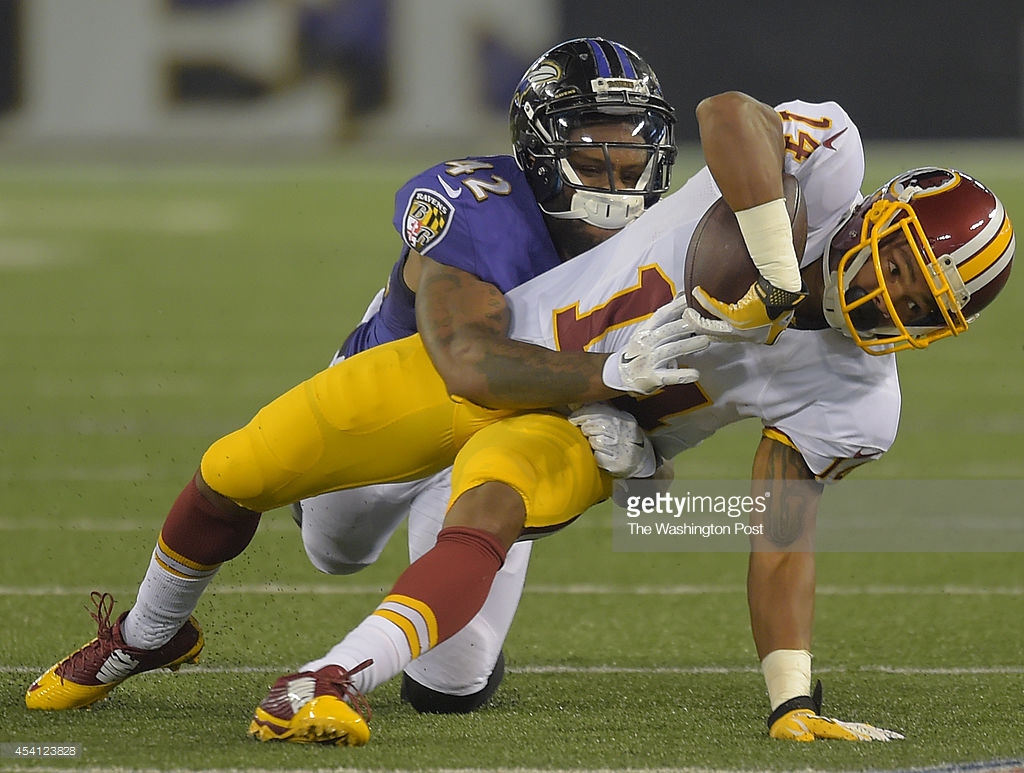 Just over a week ago, fifth-year wide receiver Ryan Grant signed a substantial contract with the Baltimore Ravens worth $29 million over four years, with half of that amount being guaranteed upon signing. After he came in for a physical to make the deal official—and after Oakland Raiders wide receiver Michael Crabtree was released—however, the Ravens backed out of the contract.

In a press conference introducing the other wide receiver that they had signed, John Brown from the Arizona Cardinals, Ravens General Manager Ozzie Newsome defended the organization, calling the decision a medical one that was out of his hands, and that he still wanted both Crabtree and Grant and Brown.

Be that as it may, while Grant may have failed Baltimore’s physical, he subsequently passed three others, including a second-opinion exam done immediately after the failed exam, and then independently by the medical staffs of the Raiders and the Indianapolis Colts, whom he visited in free agency.

Yesterday, he ended up signing with the Colts, but was only able to muster up a one-year, $5 million contract. While that is clearly more in line with what one might think his market value would be relative to his accomplishments—84 receptions for 985 yards and six touchdowns over 64 games—one must consider the repercussions of his failed physical.

Grant is accepting not much more than a third in 2018 what he was guaranteed from the Ravens. While he probably would not have found another team willing to pay him the sort of money that Baltimore initially agreed to, it is easy to wonder if the failed physical scared some teams off, or at least gave them something to use to squeeze him.

Said Grant after signing with the Colts, “if there was an issue with my ankle I wouldn’t have passed the physical with the Colts and Raiders”. He now joins a group that now doesn’t include much behind veteran T.Y. Hilton, but which should have Andrew Luck back under center.

“It is what it is”, he added. “I can’t control what they did or I can’t control their assessment of my ankle. I’ve gone other places, I’ve seen multiple doctors. And I’ve passed physicals. So, that should pretty much speak for itself”.

It’s pretty easy to read between the lines there, I think. Grant, as with probably most on the outside, believe that he was screwed by the Ravens after Crabtree was released, which happened only hours before the team officially declared that he had failed his physical…in the evening.

Even with the signings of Crabtree and Brown, the team likely remains on the hunt for help at wide receiver, if not in free agency then in the draft. With Mike Wallace a free agent and Jeremy Maclin having been released, there is not much depth behind their two new targets outside of Breshad Perriman, which is not saying much.