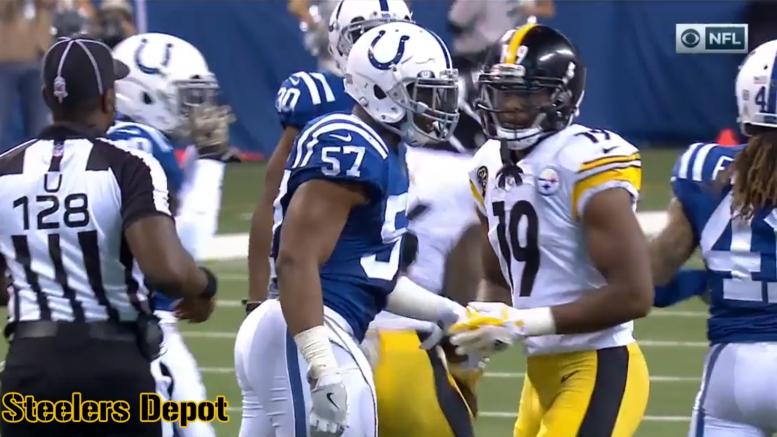 Question: How far does the Jon Bostic signing go toward solidifying the 2018 defense for Pittsburgh?

The Steelers finally broke the ice yesterday, five days into free agency, by signing their first outside free agent to a contract, agreeing to a two-year deal with five-year veteran inside linebacker Jon Bostic, most recently with the Indianapolis Colts during the 2017 season.

Inside linebacker had been earmarked as a prime area for improvement because of the major vacancy left by the absence of Ryan Shazier, who became a star of the Steelers’ defense. While nobody that they would have been able to sign in free agency this year would have adequately replaced a Pro Bowler, Bostic is not a name most had in mind, though I think I did mention him in this series a couple of days ago.

The Steelers don’t even have the sort of salary cap space to make a splash in free agency even if they were looking to, but I do think they could have done worse than Bostic, who has not had the greatest luck over the course of his career.

One thing that I wanted to take a look at is his tackling efficiency, as tackling is arguably the Steelers’ biggest problem on defense, rivaled only be communication breakdowns. Perhaps Bostic can help with both. Not only was he the play-caller on defense as the Mack in Indy, according to Pro Football Reference, he is a solid tackler as well. He only missed five tackles last season while recording nearly 100, and has missed a total of 20 in his career over 2365 snaps.

Any player signed to a bargain deal is going to come in with warts and question marks. Bostic has an injury history and a JAG reputation, having bounced around to several different teams since being selected in the second round of the 2013 NFL Draft.

He’s far from perfect but should at least be capable of being a bridge starter. The question is how well he will be able to mask some of the team’s defensive deficiencies in 2018, assuming he starts, and stays on the field. At least he is an every-down player when healthy. Considering Ladarius Green passed the team’s physical two years ago, I’m sure Bostic will as well.