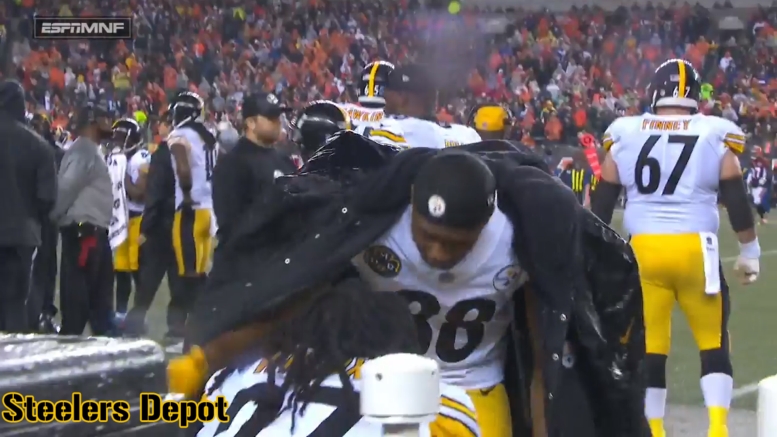 Question: Did J.J. Wilcox accept a pay cut to remain on the roster?

The Steelers made from prominent moves yesterday in order to create some cap space by releasing three veterans in the secondary, all of them their longest-tenured players, each with the organization for at least four seasons.

The biggest move was the release of Mike Mitchell, with the team for the past four years but a nine-year veteran and a former free agent acquisition, brought in to be their starting safety. Also released was 11-year veteran William Gay and safety Robert Golden, who has been in the league for six years.

We had already heard from both Mitchell and Gay announcing or at least strongly implying that they would be released, but the release of Golden was not something that was previously hinted at. Earlier reports from beat writers hinted that the team was exploring ways to keep safety J.J. Wilcox, however, by reducing his salary.

An August trade acquisition last year, Wilcox is a five-year veteran and a former starter for the Dallas Cowboys who signed with the Tampa Bay Buccaneers during free agency in 2017. They were unimpressed enough with him to dump him and his contract that they signed him to before he played a meaningful down for them.

And he seemed to immediately ingratiate himself to the Steelers. With Mitchell recovering from an injury by the opener, Wilcox rotated with him in that game. After missing the second game due to a concussion, he started game three and continued to rotate in game four, but then he hardly played at all after that.

A year ago, he only had a cap hit of about $1.5 million. This year, however, he will account for $3.8 million, of which over $3 million is a base salary. Many question whether he is worth that sort of money based on his performance.

Given that he was able to avoid being released, and that Golden was released instead, it’s easy to wonder if this was the result of his being able to agree to accepting a pay cut. If he did, it has not yet been reported.