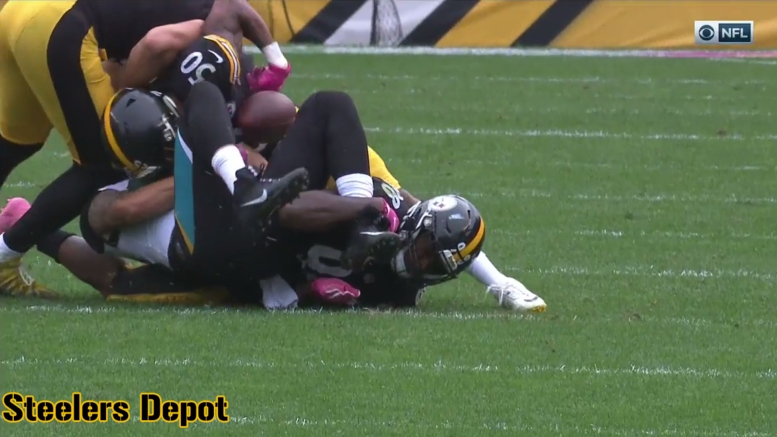 The 2017 season is over and in the books, the Pittsburgh Steelers coming up far short of their goal. While they had a regular season record of 13-3, they went 0-1 in the postseason, and that will be the legacy of this previous campaign.

The task at hand is working toward improving that postseason record and assuring that it has a zero in the loss column instead of the win column. We can take a position-by-position look at how they can work toward that goal based on their personnel.

Ryan Shazier: Even though he is not going to play in 2018, we will start with Ryan Shazier all the same. A Pro Bowl player, his loss is difficult to quantify, but the defense demonstrably played worse in his absence. The top priority this offseason is to find a new starter-capable mack linebacker, but nobody they find will be Shazier’s equal.

Vince Williams: Following a promising first season as a starter in year five, during which he picked up eight sacks, Vince Williams finds himself now as one of the veterans and leaders of the defense. It’s likely that he remains in the starting lineup, but he will continue to see time on the sidelines during passing downs. Perhaps even more than last year if they want to expand the dime defense.

Sean Spence: The Steelers brought in Sean Spence, a former draft pick, after Shazier’s injury, but he played like somebody who had been on the couch for months, which he basically had been. I saw progress in the season finale, but he was steamrolled in the playoffs. He likely will not be brought back.

Tyler Matakevich: How serious are the Steelers about giving Tyler Matakevich a shot to compete for a starting job? Frankly, I don’t think he can do it. As a rookie, he looked good against third- and fourth-string players, but when he had to start last preseason, he was pretty bad, and his work in the goal-line defense during the regular season was awful. But he is a special-teams staple, so he’s not going anywhere.

L.J. Fort: L.J. Fort has been kicking around for years. In fact, he was originally an undrafted free agent in 2012, by the Browns. He got some defensive playing time after Shazier’s injury, usually being used in passing situations, and he could be used that way in 2018 if they can’t properly upgrade.

Matt Galambos: The undrafted rookie out of Pittsburgh, Matt Galambos actually looked pretty solid during the preseason. He made the practice squad, but suffered an injury and was put on injured reserve. He was re-signed to a Reserve/Future contract.

Keith Kelsey: Like Galambos, Keith Kelsey was an undrafted rookie and showed fairly well in the preseason. He took the former’s spot on the practice squad after his injury and was also re-signed to a Reserve/Future contract.

Offseason Strategy: Upgrade At Starter, And Depth, If Possible

This is the highest priority of the offseason. Somebody that is not currently on the roster (and I don’t mean Arthur Moats, though he is still technically on the roster) needs to start in Shazier’s spot, and free agency is likely the Steelers’ best option to do it. They will need to create cap space in order to sign somebody, however.

Leighton Vander Esch is a name that a lot of people are already gravitating toward in the draft if they take an inside linebacker in the first round. He likely will be available. It’s quite possible they add to the position both in free agency and the draft, but if they sign a starter the draft pick is unlikely to come in the first round.