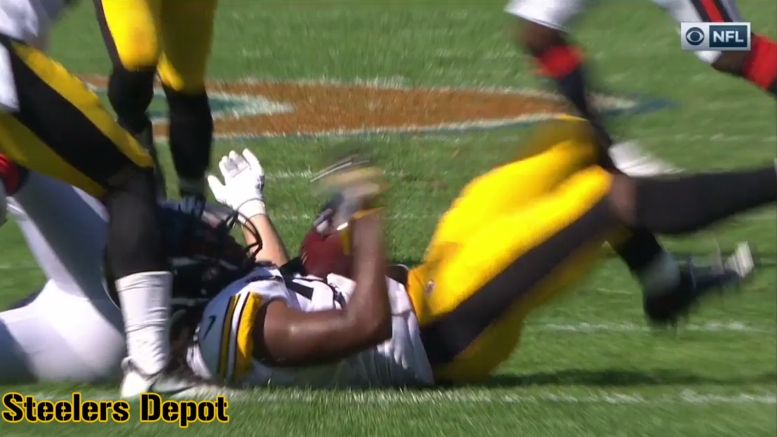 J.J. Wilcox is on the team for now, but one wonders if that might change after the draft. General Manager Kevin Colbert hinted during his appearance at the Annual League Meeting that certain draft selections might provide them with the opportunity to make ‘terminations’ that would provide some cap relief, and the backup safety making over $3 million in base salary would be the most logical candidate.

The team traded for Wilcox and his two-year, roughly $6 million deal from the Tampa Bay Buccaneers by trading their fourth-round pick while getting the Buccaneers’ fifth-round pick back. This was in late August, and in his defense, he had little opportunity to learn the defense before he was thrown into the fire.

And he was thrown in. With starter Mike Mitchell coming back from an injury, he rotated at the free safety position, but he gave himself a concussion at the end of the game. He missed the next game, but then rotated again in Week Three and started in Week Four.

While he may have recorded an interception during his roughly 100 snaps of playing time on defense, however, he suffered similar issues to the other safeties, including taking poor angles and missing tackles or just generally struggling in coverage.

He initially seemed to take the backup safety role over from Robert Golden, but Golden was reinserted into that spot after the first month of the season and even started two games later on in the year when Mitchell was out.

Wilcox was then reduced to special teams play, but a rash of penalties—including three in a two-game span—resulted in him being a healthy scratch toward the end of the season.

The Steelers are banking on the fact that the lack of an offseason contributed to his performance, while ignoring the fact that he was benched in Dallas and not re-signed by them, only to be traded away by the team that did sign him.