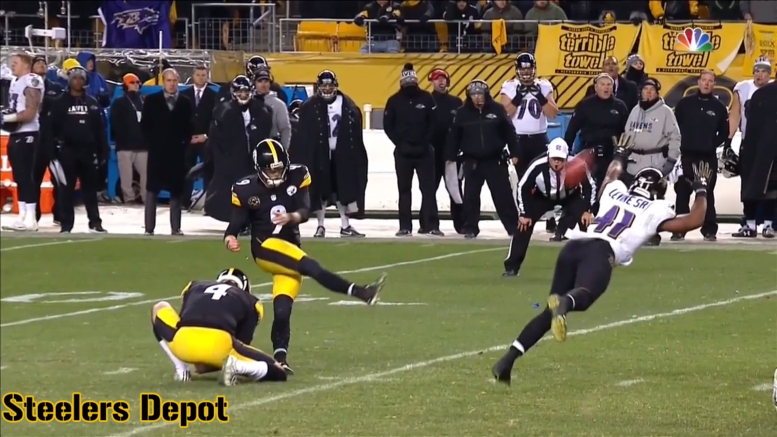 It has actually been quite a nice past few days for the Steelers’ young kicker, Chris Boswell, who has now positioned himself to become a very wealthy man, at least relative to what NFL kickers make. Currently a restricted free agent, it is likely that the Steelers will attempt to complete a long-term extension with him at some point this offseason, likely in the summer.

And when he does, he is going to make bank. He is coming off a season in which he reached the Pro Bowl outright. His 35 made field goals was a franchise record for a single season, as was his 142 points scored. He is one of the most accurate kickers in NFL history through his first three seasons.

And that means money.

Over the course of the past week or two, a handful of new contracts have been signed by kickers around the league. That includes a new contract near the top of the market, with Graham Gano being given a four-year, $17 million deal with $9 million guaranteed. That averages out to $4.25 million per season, just behind the top of the market, which is $4.3 million per season.

Gano is a historically average kicker coming off his best professional season at the age of 30. Boswell has been consistent through his first three seasons and is 26 years old. He has shown the ability to kick in big moments, as attested to by his perfect success rate in the postseason and in last year’s four-for-four effort on game-winning attempts.

Following recent activity at the position, there are now five kickers who average $4 million or more per season. It’s a good bet that Boswell joins them. The absolute worst-case scenario for him this year is playing under the second-round level restricted free agent tender, which would pay him just under $3 million. It’s possible the Steelers would even give him a first-round tender worth over $4 million for fear of another team trying to sign him.

It’s not every day you have the opportunity to acquire a proven, Pro Bowl-level kicker. That’s why I see it as a possibility that a team might be willing to part with a second-round pick to sign him away. Hell, Roberto Aguayo was drafted in the second round, after all. If anything, that’s just a reminder of how important a proven commodity is.