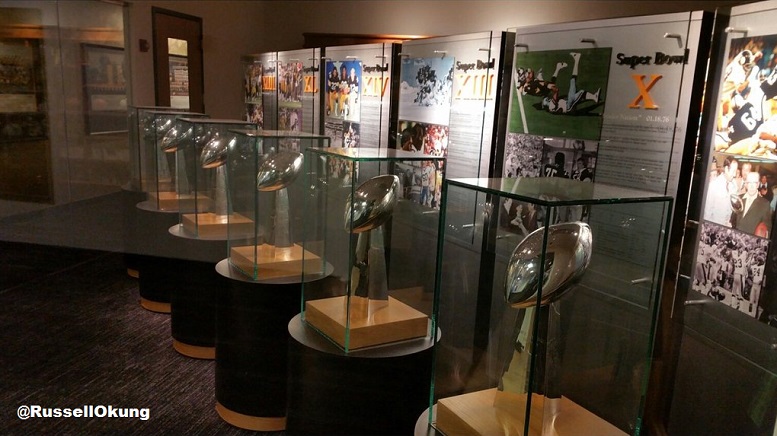 Entering tonight’s game, the Pittsburgh Steelers stood alone at the top in NFL history in the most important statistic that there is in the game: Super Bowl wins. 51 Super Bowls had come and gone over the past half-century plus one, and no other team had come out with more trophies.

The Steelers’ six Super Bowls were unmatched by any opponent, with three others owning five. The San Francisco 49ers and Dallas Cowboys recorded their fifth wins before the Steelers did theirs, doing so in the 1990s. The New England Patriots win theirs just last season.

The bulk of Pittsburgh’s Super Bowl victories were earned during their dynasty of the 1970s, when the Steel Curtain defense was the primary catalyst of their success, recording title victories four times in a six-year span in 1974-5 and 78-79. No other team had won three, nor four, at the time, nor had won Super Bowls consecutively more than once.

All of those feats had since been duplicated, but when they added additional victories in 2005 and 2008 under a new dominant defense, and with quarterback Ben Roethlisberger, they found themselves once again at the precipice of the sport, the only team with six Super Bowl trophies.

And that will not change tonight. The Philadelphia Eagles fought off a valiant effort from Tom Brady and the Patriots’ offense, as he became the first player in NFL history to record 500 passing yards in the Super Bowl. It came to the final play of the game, a Hail Mary at midfield, but after Brady escaped pressure and tossed the ball up, it ultimately fell to the ground.

The Patriots are now 5-5 in Super Bowl history and remain one victory behind the Steelers for the most wins, even if New England has gone to two more games. Brady himself is now 5-3 in the Super Bowl, having lost to NFC East teams—first the New York Giants, twice, and now the Eagles, whom they previously defeated in the 2004 edition of the Super Bowl.

This was the second time that the Steelers’ reign on the top of the sport was under threat. The 49ers had an opportunity to win their sixth Super Bowl in franchise history in 2012, but Pittsburgh’s division rivals, the Baltimore Ravens, defeated them for their second Super Bowl.

This is the first Super Bowl in the Eagles’ history, however, in their third opportunity. It has been a long time coming for the fan base, and they even did so with a backup quarterback in Nick Foles, who stands a fair chance of being a starter for another team in the near future.

For at least one more season, the Steelers’ Super Bowl record remains safe. Six Lombardi trophies. Nobody else can say that. And I think tonight’s game showed just how difficult that actually is to accomplish.