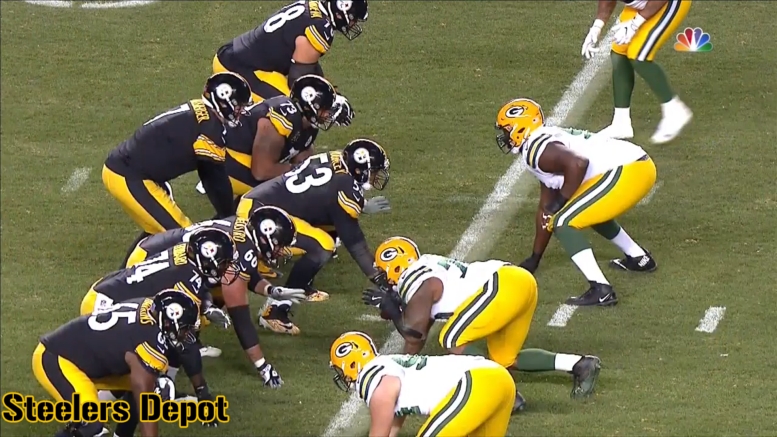 It is not exactly a prestigious award, but I do think it’s nice that it finally exists. Starting last season, among the awards that the NFL hands out during the NFL Honors celebration the day before the Super Bowl has been the ‘Built Ford Tough’ Offensive Line of the Year Award.

The Pittsburgh Steelers have been among the five finalists for the award in each of those two seasons. But they fell short again in 2017, the award instead going to the Philadelphia Eagles. If memory serves, the Dallas Cowboys won the award for the 2016 season, but they were not a finalist this time. I believe the Steelers and the Tennessee Titans are the only teams who were finalists for both years.

The Steelers, of course, had three offensive linemen sent to the Pro Bowl, with left tackle Alejandro Villanueva, center Maurkice Pouncey, and right guard David DeCastro all earning the honor. DeCastro was also named first-team All-Pro, his second time on the first team and third time overall. Pouncey is a four-time All-Pro, also twice on the first team, though he last made it in 2014.

“Pittsburgh started slowly but got on track, finishing with the third-ranked offense at season’s end, thanks in part to what was one of the best offensive lines in the second half of the year”, he wrote in the Steelers’ nominee entry. “This unit was so physical up front and showed a lot of depth when dealing with some adversity”.

That adversity, primarily, was at right tackle, with starter Marcus Gilbert suffering a hamstring injury that recurred and caused him to miss most of the first half of the season. When he returned to play in the second half of the year, he was hit with a four-game suspension.

Chris Hubbard had to fill in for him, playing the majority of the snaps there this season, and he played well as he hits free agency, but B.J. Finney also played well in starts willing in for Ramon Foster at left guard, for the second year in a row, and O’Hara noted both of their performances.

“Offensive line coach Mike Munchak deserves a ton of credit for what this group did this year”, he concluded. “The Steelers’ technique is consistent and a big factor in how the unit has become one of the better combo-blocking O-lines in the league”.