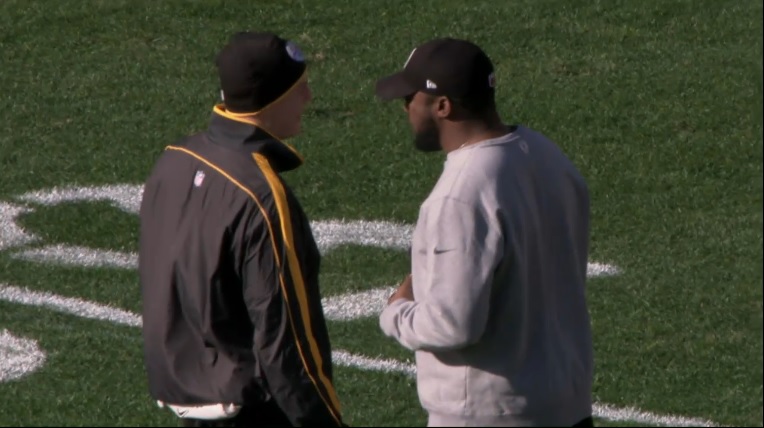 The Pittsburgh Steelers have made another coaching move. Earlier today, the team announced the hire of Blaine Stewart as a coaching assistant.

We have hired Blaine Stewart as a coaching assistant.

While the hire might not seem noteworthy, Blaine Stewart is the son of the late Bill Stewart, whose family remains close with Mike Tomlin. It was Bill Stewart who gave Tomlin his first job, hiring him at Virginia Military Institute back in 1995. NFL.com has a great feature piece on the two from several years ago, definitely worth checking out here.

“I’ll never forget it,” Tomlin says in that NFL.com video. “I went up to VMI for a weekend, they were in the middle of spring ball. [Stewart[ said, ‘hey, just come on up and spend a weekend with us, see if it’s something you can sink your teeth into.’ Looking back now, knowing Stew, I know that was a set up. I got there, they handed me a script, I coached all weekend.”

When Bill Stewart passed away of a heart attack in 2012, Tomlin was one of the first people to reach out to the family.

“The sun did come up today,” Blaine, in the feature piece, said Tomlin texted him after his father’s death.  “Everything happens for a reason. I love you, and I’ll be down to see you this week.”

Tomlin and Kevin Colbert attended the next high school game Blaine played in their show of support for him and the Stewart family. Tomlin also made Blaine a Steelers’ ball boy in 2012.

Blaine Stewart finished up his football career at the University of Charleston in 2017 after beginning his career at James Madison. As a wide receiver, Stewart caught 14 passes for 227 yards last season.

“Blaine definitely has the skill set to be a great coach,” his Charleston head coach told the State Journal in May of last year. “When you couple that with the amount of people his dad worked with, it’s going to open a lot of opportunities for Blaine to get his foot in the door, coaching-wise. His dad was instrumental in so many people’s careers.”

“There’s really been a unique relationship after coach Stew’s passing. We’re friends for life and I mean it in that way. Blaine is an impressive young man. He’s mature beyond his years.”

And captured at the end of the video, Tomlin once told Pacman Jones, “I’m going to take care of that young man,” referring to Blaine.

So now he is, bringing him onto the Steelers’ staff. Stewart will join Steve Meyer as coaching assistants.