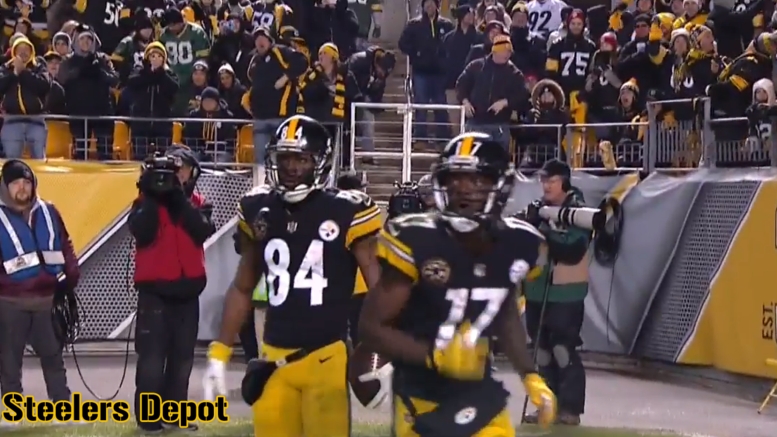 The 2017 season was much different for Eli Rogers than in 2016, as he was the team’s primary slot receiver the year prior. That season, he was productive when targeted, catching 48 of 66 passes for 594 yards, which is an impressive yards per reception number for a slot receiver. He also scored three touchdowns.

With the addition of JuJu Smith-Schuster and the return of Martavis Bryant, however, Rogers was reduced to a depth or rotational player by the second game of the season. By Week Four, in fact, he was even temporarily benched as the team gave Justin Hunter a chance to carve out the top backup role.

One of the most surprising things about his 2017 season, however, was the seeming loss of chemistry with Ben Roethlisberger. His catch rate in 2016 was excellent; in 2017, horrible. He caught only half of his targets, and that included a few drops, one of which was an easy one in the end zone.

Not that it was all bad, and he certainly had some meaningful contributions. He gives effort as a blocker as well, and he was used more in the postseason game, perhaps based on a matchup they liked. He also showed growth as a punt returner late in the season.

This is one of the most interesting free agency cases for the Steelers, as Rogers has been a solid contributor for the team over the past two seasons, even while his role diminished a year ago, but the timing of his injury was, of course, awful, and at an awkward time in his NFL career.

He is scheduled to be a restricted free agent, but with him not even projected to be among the top three wide receivers, seeing perhaps 150 to 250 snaps at most during the year, adding on top of that recovery from a torn ACL with meniscus damage is a tough pill to swallow.

A former undrafted free agent, the Steelers would get no compensation if a team were to sign him to an offer sheet and they chose not to match if they gave him an original-round tender. But that is not really the issue, of course. The issue is if he is worth the nearly $2 million that it would cost.

I would be surprised if they gave him the tender, frankly. Most likely, they will not even sign him any time soon. He acknowledged himself that he has four to six months of recovery time ahead of him. There isn’t much use in not waiting to see how he recovers, outside of the minute risk of another team signing him during the same period of time. But I can’t imagine any team doing that at least before free agency and the draft takes place. It just doesn’t make a lot of sense.