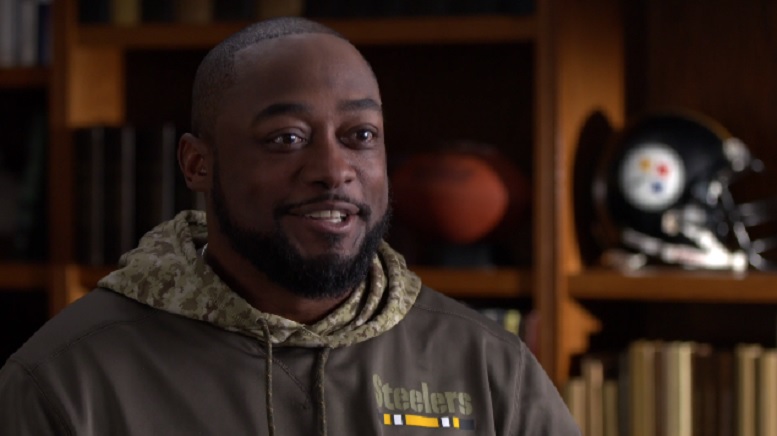 The Pittsburgh Steelers wee accused of looking ahead to the New England Patriots a few times this past season and several fans and analysts still want to place most of the blame for that allegedly happening on head coach Mike Tomlin and as a result of his interview with Tony Dungy which took place ahead of his team’s Week 12 game against the Green Bay Packers. On Thursday, Steelers team president Art Rooney II was a guest on DVE Radio and he was asked to give his thoughts on Tomlin talking about the Patriots during that interview with Dungy.

“I know that Tony Dungy does a great job in these interviews, getting people to talk about things and that’s kind of the way I thought about it,” Rooney said. “You know, Mike was probably being a little more honest than maybe he needed to be in that interview, but, hey, you know, look, the Patriots were being discussed I think this time last year everybody was talking about the Patriots already.

“So, you know, I think it’s something that the lesson to be learned here is that you take it one one week at a time, one game at a time, and no matter who the team is, you can’t focus on one team. Obviously, our real nemesis this year was probably the Jaguars and so we can’t go into next year saying, ‘OK, we got to worry about the Jaguars.'”

That’s great advice from Rooney and I doubt we’ll see Tomlin talk as candidly as he did to Dungy this past season moving forward. Additionally, with the Steelers now set to play both the Patriots and the Jacksonville Jaguars again during the 2018 regular season, it will certainly be interesting to see how Tomlin approaches both of those games with his team.

“We’ve got to play the schedule that comes out and just prepare our team as best we can and not worry too much about the other teams and just be prepared ourselves,” Rooney said Thursday morning.

During his Wednesday end-of-the-season interview with the local media, Rooney reportedly talked glowingly about Tomlin as not only did he call him one of the best NFL head coaches in the business, he also said he’s very very happy with his work this past season. On Thursday, the Steelers team president was asked to confirm those remarks and he more than did.

“No, that’s right, that’s right,” Rooney said. “And look, I think his record puts him as one of the best in the league. So, you know, we’re, we’re happy we have them. And frankly, when you look around this last hiring season and see some of the difficulties people had hiring a head coach, I’m happy we have Mike, that’s for sure.”

Rooney was also asked Thursday morning if he tries to do anything during the offseason to help improve Tomlin’s game as a head coach or if he just chooses to leave that up to him to do on his own.

“I don’t really get into play calling very much so it doesn’t go to that level,” Rooney said. “But, you know, we do talk about a personnel and how we’re going to prepare with various players this offseason and make sure we have the roster the way we all feel is necessary. Kevin [Colbert] is part of those conversations, so, yeah, there’s a lot of different conversations that happen about a lot of different parts of the puzzle.”