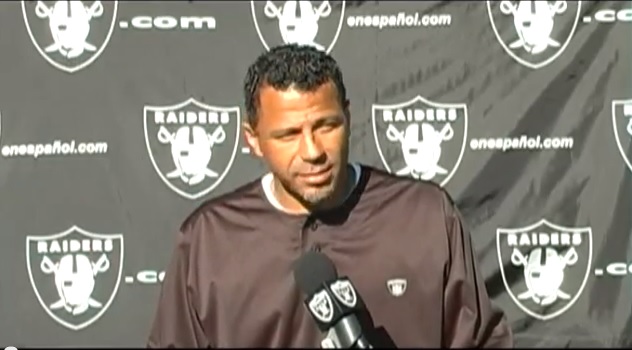 I know we’re just literally processing the news of Carnell Lake stepping down as the Pittsburgh Steelers’ defensive backs coach. Heck, some of you might not even know about Lake when you’re reading this article. But Lake is gone and the next step is to figure out who could replace him. That man could be Rod Woodson.

At the least, Woodson would seem to love the job. He recently spoke with friend of the site Ron Lippock, a full interview we’ll post sometime in the near future, and at the end, mentioned he would love to have Lake’s job.

“My dream job is to come back to the Black & Gold and coach those guys. They have Carnell, who started with the Steelers in 2011, the same time I started with the Raiders. We didn’t end up being as good as Pittsburgh was. I know they have Carnell and he’s done a great job and don’t want to replace him, but I would love to don those colors one more time somehow. Once a Steeler, you’re always a Steeler.”

And Woodson has experience, too. In 2011, he spent a year with the Oakland Raiders and then three more from 2015 to 2017, working first as an assistant and then in 2017, the cornerbacks coach. He was not retained when Jon Gruden came in and shook up the entire coaching staff.

If your memory is better than mine, Woodson also served as a Steelers’ intern in the summer of 2013.

“It’s a privilege to come here and be around Mike Tomlin, a guy who in the near future is going to be one of the better coaches ever to coach in this league,” Woodson said at the time. “Dick LeBeau, who everyone knows how knowledgeable he is, and Carnell Lake, who has done a tremendous job with these young guys his first few years. It’s great to be in this environment, a winning environment where I can learn a lot.”

Tomlin certainly hasn’t shied away from hiring former players, and former Steelers, just as he did when he got Lake on-board nearly seven years ago. If Tomlin calls Woodson, you can bet he’ll want the job.